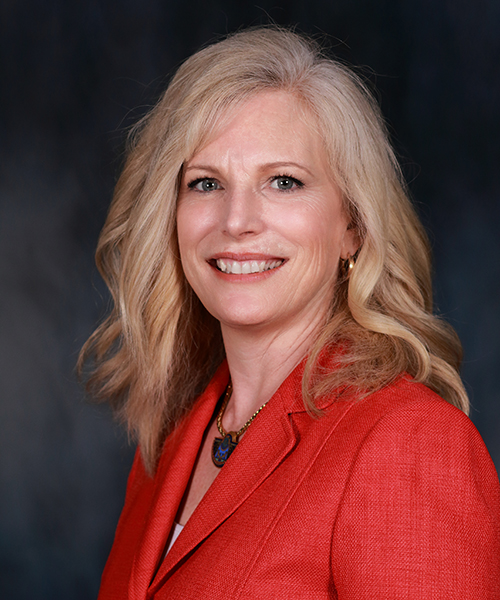 We offer programs of study leading to degrees that transfer to four-year schools and to degrees and certificates that will prepare students for an exciting career.

We also offer fully online degrees in both business and in information systems.

Kathryn Davis began her tenure at Montgomery College in October of 2018.   She most recently served as Associate Professor and Division Chair of Business Administration at Philander Smith College. In addition to her administrative, teaching, and scholarly duties at Philander Smith College, Dr. Davis is also the owner/manager for the company, Strategic Options, Inc. She previously held positions at CCI/Traid, Inc. as a product manager and at Wilsonart International, Inc. as a Strategic Planning and Analysis Manager for Marketing and Sales.  Dr. Davis also holds seven patents in soap dispenser technology. Prior to her arrival at Philander Smith College, Dr. Davis held previous faculty and administrative positions as Interim Dean, School of Business and Technology at Huston-Tillotson University, and as Chair of the Department of Business Administration, also at Huston-Tillotson University.

Dr. Davis brings a wealth of experience, both academically and professionally, to the BEACAHMPS area. As the owner of Strategic Options, she developed a feasibility study for Concordia University to develop a business incubator for entrepreneurs in the greater North Austin/Williamson area. She is also the co-inventor of Squid Soap, a liquid soap dispenser that trains children to effectively wash their hands. She co-authored seven patents for the product and attained distribution rights for the product nationally. She has also served as the Virtual Vice President for LS Motorsports creating and implementing an integrated marketing communications strategy including pricing, channel/distribution, competitive intelligence, product requirements, and sales collateral. Further, she developed the plan to launch Findley Adhesives in China, including providing in-market research findings, which resulted in a major manufacturing facility being built in the Guangzhou Province.

Dr. Davis earned a Bachelor of Science in Speech Pathology and Audiology from The Ohio University, a Master of International Management from the Thunderbird School of Global Management at Arizona State University, and a Doctor of Philosophy in Business Administration in Marketing from Northcentral University in Prescott, Arizona.

Nationally, Dr. Davis has presented papers, panels, and workshops at a variety of conferences including the Lily Conference on Evidence-based Teaching and Learning. She has prepared numerous business student competition teams including the ReMix ideas social entrepreneur business pitch competition in 2018, and the Battle of the Brains competition in both 2017 and 2018. Previously, at Huston-Tillotson University, she took student teams to compete at the National Student Advertising Competition in Anaheim, California (2014), Shreveport, Louisiana (2013), and Lubbock, Texas (2012).

Michelle has a Bachelor of Science degree in Digital Media and Web Technologies from University of Maryland/University College, as well as an A.A. degree in Television and an A.A.S. in Web Design, both from Montgomery College. Michelle started her career at Montgomery College in 2007 as the administrative aide for the Media Arts & Technologies Department. She was promoted to Senior Administrative Aide for the Dean in February of 2018.  Previous to MC, she worked in the healthcare field for fifteen years.
Skip section
Contact Us
Resources
Academic Learning Centers and Tutoring
Find a Program Advisor
Search the Class Schedule
Declare/Change Your Major
Honors Programs
End of section
©