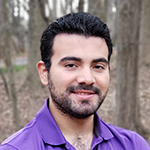 Xylon’s favorite hobby is photography and he likes to spend time reading and coding.

After graduating from Montgomery College, Xylon will go to the University of Maryland to finish his degree in Computer Science. After that, he plans to study to get a master’s degree in Business Administration.

The opportunity to guide another person is spectacular. Xylon is excited to gain experience from this. Also, when he started Montgomery College, he did not find the right person to guide him, and sometimes he did not know what to do. Xylon does not want others to I feel this way when starting at Montgomery College.
Profile photo 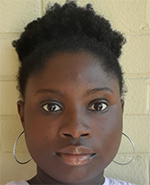 Divine was fortunate to get on the Dean’s list spring 2020, where she was an active member of the student senate Rockville campus. Languages Spoken: Fluent in English and her native language Igbo.

She was a member of the MC’s Board Club, Catholic Club, Korean Club, Student Senate and Campus Activities Board. She helped volunteer in the EIM-OC personal training program in fall 2019 at the Rockville campus at MC

Her many talents and hobbies include singing, dancing, drawing, reading comic books, watching anime, Asian dramas and movies in general and solving math when free.

She will get to meet new people and have the opportunity to guide them especially in areas she struggled with in order to offer them a less stressful stay in MC both academically and non-academically.
Profile photo 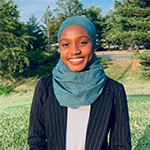 In her free time Najmah enjoys archery and listening to podcasts.

After graduating, Najmah plans to take the Spring semester off to focus on personal studies, travel, and work engineering internships. She then wants to transfer to the University of Maryland James Clark School of Engineering to receive a bachelor's degree in Civil Engineering Project Management.

Najmah’s first year at Montgomery College was memorable because of the MC community and people she was surrounded by. She hopes through being a Peer Mentor, she can help new students also gain a fun and enjoyable experience while at MC. She is also passionate about using her skills to guide and assist others in their journey through college.
Profile photo 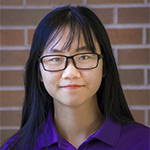 Quynh would like to transfer to UMBC at Shady Grove to get a Bachelor of Science in Translational Life Science Technology.

When Quynh first came to MC to study, she did not know how to join clubs, activities, and search for help in the college even though there are many organizations and centers in MC available to help her to improve her study and social life.
Profile photo 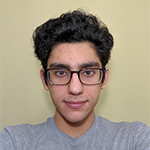 After graduation, Musa will pursue a bachelor’s degree at the University of Maryland in Computer Science. Afterward, he plans to get a job within the field of Computer Science. If deemed necessary, he will go back for a master’s degree in the same major. During these years, Musa will always be practicing his programming skills to become a top tier programmer.

Musa joined Montgomery College right after coming to the United States; he had never experienced the American education system before. But he managed to pull through and now he hopes to enlighten people who are struggling with his wisdom regarding organization, time-management, and other relevant skills that he has gained over the years.
Profile photo 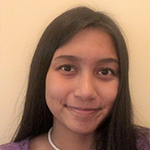 She plans on transferring to a 4-year university for the Fall 2021 term to possibly study Environmental Science or Environmental Engineering.

She is excited to serve as a student leader and advise incoming students to Montgomery College.
Skip sidebar section
Get Help

Find a fellow student to help MC feel like home or refer a student who could benefit from peer mentoring.

Now that you've learned more about the Peer2Peer program, applying for a leadership position is the next step.

We are not currently accepting applications at this time. Please check back regularly for updates. Thank you.

If you have questions about our program, feel free to contact us. We also offer a directory of contacts for each program.