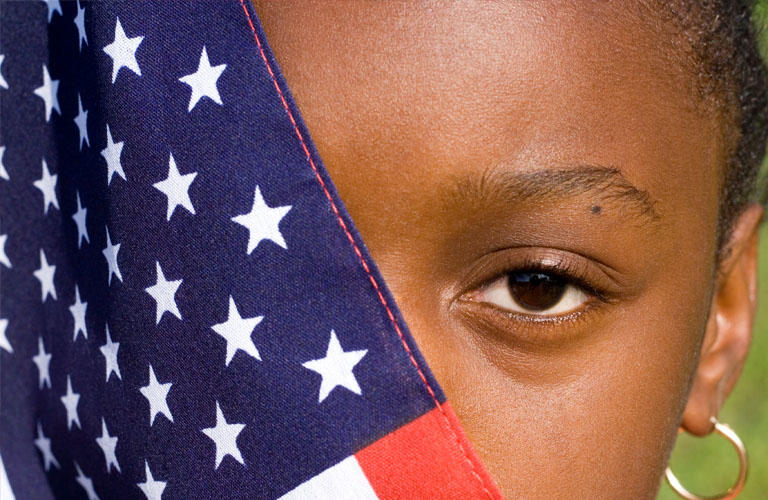 Concepts of Black Diaspora in the United States: Identity and Connections among African, Afro-Caribbean, and African American Communities

Concepts of Black Diaspora in the United States:
Identity and Connections among African, Afro-Caribbean, and African American Communities

Drawing on the expertise of the project’s co-directors, guest scholars, and representatives from the vibrant and large ethnic enclaves surrounding the campus, 25 faculty from community colleges, minority-serving institutions, and other four-year colleges and universities will participate in cross disciplinary engagement of textual and material objects that examine the four largest Black diaspora communities in the nation as of 2016, and are among the fastest growing immigrant population overall: Ethiopian, Haitian, Jamaican, and Nigerian. The Institute will explore the following overarching two-part question:  How does the integration of more contemporary African diasporic populations into African American communities broaden and transform the identity and experience of both in tangible and intangible ways, and how do these groups contribute to the national cultural fabric of the U.S.? The sub-questions are (1) how do these under-studied and underrepresented communities tell their stories; (2) how does the American concept of race and racial identity (forced or embraced) figure into their expressions in culture, literature, art, or religion; (3) how are humanities courses addressing these communities and their contributions? To address these questions, the Institute will begin with an overview of the earliest forced dispersal of Africans outside of Africa starting in the 16th century with the transatlantic slave trade. Next, participants will examine the more contemporary dispersals of Africans and those from the Caribbean to the United States and the ongoing connections between the U.S. and each country, framed around the intellectual question of what it means to be a part of the Black diaspora.

The Institute directors understand that race, no matter how insignificant in Afro-Caribbean and Sub Saharan African countries, often becomes an aspect of shared identity in the U.S. Parallels and connections between African,” “Afro-Caribbean,” and “African American” in the U.S. are an important focus of this Institute as the construction of race and Blackness serve to bring disparate yet related cultures together to bond and unite around and against a shared experience of systemic racial discrimination. Still, one must recognize that the experience of African and Afro-Caribbean immigrants and African Americans is not monolithic. Shared ancestral roots and the ensuing cleavages created by enslavement and colonialism create a fraught relationship among Blacks in diaspora. By examining each group’s creative works and cultural practices separately and comparatively, participants can begin to unwrap the diversity and complexity within the general categories of “Blackness” and “Diaspora.”

The language used to describe dispersed African peoples by the people themselves suggests that for at least four generations, people of African descent have sought to codify their connection to each other and their identity in and outside of Africa. Today, most subscribe to the basic idea that “African diaspora” has two distinct meanings. Firstly, it is used to refer to the actual dispersal of Africans and African culture throughout the world itself. At the same time, it is also commonly used to describe the people of the African diaspora, including those who “migrated voluntarily or involuntarily and their descendants.” This Institute expands the typical approach to the study of the Black diaspora beyond one specific demographic through one discipline. This will be accomplished by presenting a wider view of historic and contemporary processes and a more holistic, interrelated understanding of each group.

Understanding the varied histories and experiences of each group will help Institute participants see the impact of those histories and relationships playing out in academia and society, and consider strategies to include in the study of other immigrant and BIPOC communities into their teaching. The Institute will assist participants in introducing and integrating the literature, film, visual arts, and religious practices into introductory, survey, and specialty courses across disciplines.