Civil Rights, Human Rights, and Social Responsibility
If you conceive it, you believe it, you can achieve it.
A powerful philosophy created by Mr. Islam which drives the Athenaeum Symposia.

Through a generous gift from philanthropist and civic leader Mr. Frank Islamnew window (to the effect that his remarkable story of immigrant success is told in a documentary filmnew window), all events are free and open to the community.

This year’s speakers will explore the theme of Civil Rights, Human Rights, and Social Responsibility. Our goal is to inspire respectful exchange of ideas among the Montgomery College community and the larger Montgomery County community, advancing the kinds of meaningful conversations that are ever-more important.

All Fall events will be held virtually via Zoom. Please register through MC Learns for professional development credit. 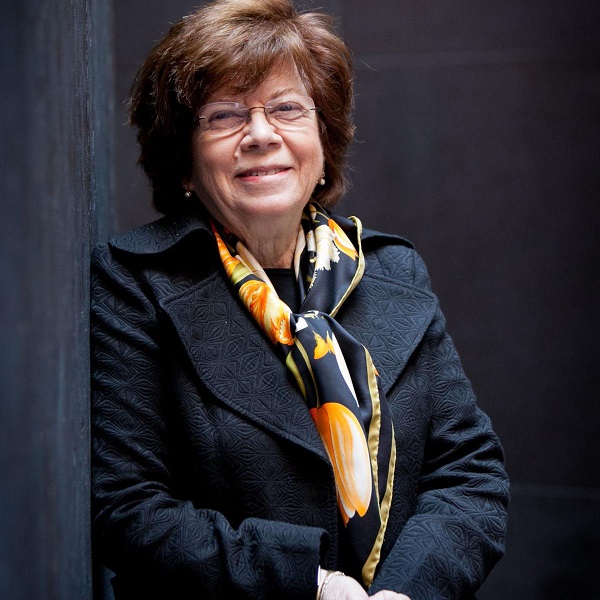 Holocaust survivor Dora Klayman will talk about her life in Croatia during World War II. She will discuss the particulars of the persecution of Jews by the Ustasa, the Croatian allies of Nazi Germany, which cost the lives of thousands, including many of her close family members. Dora will also recount the challenges she experienced after the war, and her path to become an educator.

Theodora Klayman was born Teodora Rahela Basch in Zagreb, Yugoslavia, on January 31, 1938. Her father, Salamon, owned and operated a small brush manufacturing plant. Her mother, Silva, a teacher, grew up in Ludbreg, a small town in northwest Croatia, where her father, Josef Leopold Deutsch, served as the community rabbi for more than 40 years.

In April 1941, while Theodora—whom the family called “Dorica”—was visiting her grandparents and extended family in Ludbreg, Nazi Germany invaded Yugoslavia. Croatia came under the control of the fascist Ustaša regime, which collaborated with the Nazis. By June, Teodora’s parents and infant brother, Zdravko, were arrested. Their housekeeper was able to get Zdravko released from jail and his mother’s family then took him to Ludbreg. Teodora and Zdravko’s father was deported to the Jasenovac concentration camp and their mother to Stara Gradiska, a subcamp of Jasenovac.

The recipient of degrees from the University of Maryland in French and in teaching English as a second language, Theodora taught in the Maryland public school system for 30 years. She has two children and has volunteered at the United States Holocaust Memorial Museum since 1999.

These events fulfill the Multicultural Diversity Training requirement for MC employees.
To reserve space for classes or to request accommodations for an event, email or call 240-567-1845.
Follow us on Facebook for latest event information and photos.

We sincerely welcome suggestions for future speakers and events. If you have suggestions or questions, please contact