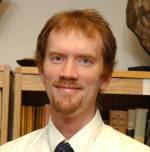 Associate Professor Joseph Stumpf is a native of Chapel Hill, North Carolina and a devoted Tar Heel.  He earned a Bachelor’s degree in Classics at UNC-Chapel Hill with a specialty in Classical Archaeology, a Master’s at the University of British Columbia, also in Classical Archaeology, and a PhD from the University of Missouri at Columbia, awarded in Art History and Archaeology, with his dissertation written on the socio-economic phenomenon of tourism in the ancient world, especially in Greece under the Roman Empire.  Professor Stumpf has studied abroad on fellowship in both Greece and in Jordan and has extensive archaeological experience derived from work in North Carolina, Arizona, Italy, Jordan and Greece.  He has taught as an adjunct professor at The George Washington University and Howard University and at Montgomery College in both the Art Department and the History and Political Science Department.  He was hired as a full time member of the History and Political Science faculty in 2005, specializing in ancient and medieval western history.

Courses offered by Professor Stumpf include HS 116 (World Civilization to AD 1500), HS 120 (History of Technology and Western Civilization), HS 151 (Western History from the Fall of Rome to the 17th Century) and HS 186 (Ancient Western History). 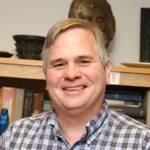 Professor James Lee Annis joined Montgomery College in 1986 and has taught at all three campuses. He grew up in Rockville, attended Montgomery County Public Schools, graduated from Hanover College (IN) and received his M.A. and . He is the author of Howard Baker: Conciliator in an Age of Crisis and with Senate Majority Leader Bill Frist, Tennessee Senators, 1911-2001: Portraits of Leadership in a Century of Change. His next book, Big Jim Eastland: The Godfather of Mississippi, is scheduled for publication in 2016 by the University Press of Mississippi. 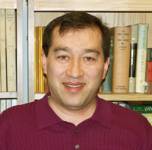 Professor Jorge Hernandez-Fujigaki holds a Ph.D. in History from the University of Chicago. He has taught college-level courses in the fields of U.S. History, Latin American and Latino History at several American universities -- Northeastern Illinois University, Wayne State University and Michigan State University. He was also an Associate Professor at the College of Border Studies (Colegio de la Frontera Norte) in Tijuana, Mexico, a premier research institution devoted to the analysis of the most critical U.S.-Mexico binational issues, i.e., illegal immigration, trade, and identity.  He joined MC three years ago, where he has taught courses on U.S. history, Afro-American history and Latin American history. 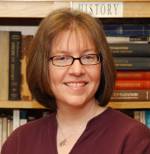 Professor Michelle Moran earned a Ph.D. in history and a graduate certificate in women’s studies from the University of Illinois at Urbana-Champaign.  She taught courses in U.S. history, gender and sexuality, medical history, and U.S. foreign relations at the University of Nevada in Reno before coming to Montgomery College in 2007.  Since arriving at the college, she has offered classes in the history of the United States, the 20th-century world, and western women.  Dr. Moran is the author of Colonizing Leprosy: Imperialism and the Politics of Public Health in the United States (University of North Carolina Press). 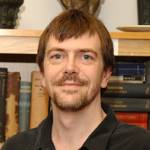 Professor John Riedl grew up moving between Maryland and Virginia and earned an associate’s degree from Virginia Western Community College.  He transferred to the University of Virginia, where he earned his Bachelor’s and Master’s degrees, and, in 2006, his Ph.D.  Before joining the History and Political Science Department at MC in 2006, Professor Riedl was an Assistant Professor at St. Louis Community College, where he taught for five years.  Here at MC, he teaches courses in U. S. History, African-American History, and Civil Rights in America.  He is also developing a Learning Community course with a colleague in Sociology, which will hopefully be offered in Spring 2009.

Professor Riedl’s dissertation, Language and Racial Identity in Nineteenth-Century America, analyzed the uses of racial language in the contested debate over the identity of people of African descent.  He is currently revising it to be submitted for publication.  Professor Riedl’s research and teaching interests include slavery, race relations, civil rights, Native American history and labor history. 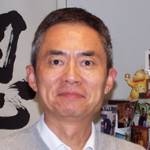 Professor Shuping Wan grew up in Shanghai, China. Due to social obstacles he never got an opportunity to go to college. While working as a carpenter he taught himself in the library, and was later awarded a B.A. in English literature by Shanghai International Studies University. He received his M. Ed. and M.S from Northern Illinois University, and completed all the four fields of his doctoral course work (modern Asia, modern Japan, Asian Americans, and Latin America) at Duke University.

Professor Wan was visiting lecturer at Northwestern University and Texas A&M University before he joined MC faculty in 1998. He teaches East Asian Civilization, Modern Asia, History of Asian Americans, World in the Twentieth Century, and Women in World History. Professor Wan’s research interest is radicalism and alternative modernities. His publications include reviews, essays, and translations. He is currently translating Edward Bellamy’s Looking Backward 2000-1887 into Chinese.

He loves Russian music and French literature. Tchaikovsky’s Piano Concerto No. 1 is a source of his inspiration, and Romain Rolland’s Jean-Christophe is one of his bibles. 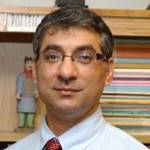 Associate Professor Aram Hessami escaped from his native country of Iran right after the Ayatollah’s return in 1979. After staying in Athens, Greece for a while, he came to the United States and has lived here since that time. He earned his Associate Degree in Social Sciences from Montgomery College in Rockville in 1981. He then went on to the George Washington University where he received his Bachelor’s and Master’s degrees in Philosophy and Political Science in 1983 and 1991. In 1993, he earned his Doctorate in Political Science from the George Washington University. Dr. Hessami’s post graduate concentration was on Political Theory: Western Political Thought, Marxist Studies, and Philosophy of Social Sciences. His dissertation, “Postmodern Thinking and Democracy,” critically examines the political aspects of post-modern philosophies of Derrida, Foucault, Lytorad, and Rorty.

Dr. Hessami became a full-time faculty with the Department of History and Political Science in 2004 here in Rockville. Prior to this, he taught as adjunct professor of Political Science from 2000 to 2004. He was also an affiliate of the George Washington Sino-Soviet Institute for several years. He has taught a variety of courses in both the political Science and the Philosophy Department: Introduction to Political Science, Introduction to Philosophy, American Government, International Relations, Understanding Terrorism, Political Ideologies, Morality and Contemporary Law, & Western Political Thought. His research interest is in the field of Political Theory and Comparative Politics concentrating on the political aspect of globalization and democratic theories. He enjoys tennis, basketball, backgammon, and chess. 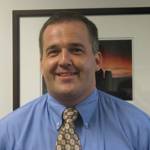 Associate Professor Gregory Sember completed his undergraduate studies at East Carolina University and his . His studies involved a strong dose of American politics and United States History. He teaches Political Science in some form for close to seven years with experiences in Wyoming, Pennsylvania, North Carolina, & now Maryland. His political experiences include working in two state capitals, lobbying, & volunteering with several interest groups. This semester he will be teaching American Government & Introduction to Political Science. If you are interested in a discussion-based course demonstrating the relevance of government and politics to "real life," I suggest you register for one of his courses. 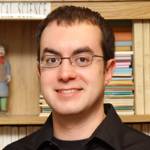 Professor Nathan Zook holds a Ph.D. in Political Science from Indiana University. His dissertation was on the impact of human rights groups on U.S. foreign policy toward Cuba, Iraq, and South Africa. He has taught courses on Terrorism, International Relations, American Government, Religion and Politics, Comparative Politics, and Political Activism at Towson University, the University of Tennessee, and the University of Wisconsin – Rock County. He joined Montgomery College in 2007 and has been active in developing online courses. His current research interests involve religion and politics, political social movements, and U.S. policy toward Israel. Professor Zook has traveled extensively in more than 30 countries and is the coordinator for the International Studies program at Montgomery College. 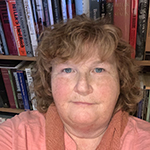 Professor Mary Furgol grew up in Fife, Scotland. She earned a Ph.D. in history at the University of Edinburgh, after completing her M.A. there with First Class Honors and graduating with distinction in history and religious studies education from Craiglockhart College of Education.  Professor Furgol's dissertation focused on the problems of poor relief provision in an early industrializing society.  She has taught at American University and Mount St. Mary's College and has taught full-time at Montgomery College since 1992.  During that time she chaired the History and Political Science department for nine years and has conducted a number of travel study tours to Scotland, Ireland and England.  She has contributed to a book of critical essays on Thomas Chalmers and given several lecture series in the Smithsonian Campus on the Mall program.  In 2002 she received an NEH grant on the topic of Cities in a Comparative Cultural Context, the results of which were published in the spring of 2004. Currently she is director of the Montgomery Scholars Program and Chair of the department.  She has taught modern world history, European history, British history, the History of Ireland, the History of Scotland and Western Women's History, as well as running Honors seminars on Nazi Germany and the Holocaust, Victorian Women, and the History of Medicine. 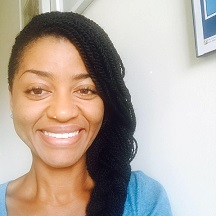 Associate Professor Iyelli Ichile teaches African American history in the Department of History and Political Science at Montgomery College-Rockville.  She has a PhD in History (African Diaspora) from Howard University, and a Master's in African American Studies from Columbia University.  While in graduate school, she completed an internship at the Smithsonian Center for Folklife and Cultural Heritage, and from there, developed a research agenda that has been supported by the National Endowment for the Humanities, The DC Commission on the Arts and Humanities, and several university grants. Dr. Ichile has taught at a number of colleges and university, including Temple University, Prince Georges Community College, Virginia Commonwealth University, Florida A&M University, and Goddard College.  She has traveled to three continents as a teacher and researcher, most recently completing a postdoctoral fellowship in African American History at the Reginald F. Lewis Museum in Baltimore.

Her work is an exploration of the roles of women in African descent in Black Freedom movements.  She specifically examines the connections between African military cultures, spirituality, art and interpersonal relationships as they relate to freedom-fighting. 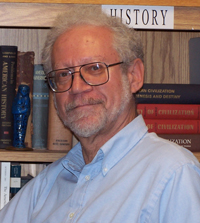 Professor Alonzo Smith was born and grew up in Washington, D.C. and he remembered when schools and public facilities in Virginia, the District and Maryland were segregated. He earned his Bachelor’s degree from Georgetown University, his Master’s from Howard University, and his doctorate from UCLA. Before coming to Montgomery College, he taught in California, Nebraska, and Virginia. He had lived a total of four years in Africa, three in the Republic of the Ivory Coast, and one in Sierra Leone. Among the African nations he had visited were the Congo and South Africa. He had been employed as a social worker for the Urban League of Nebraska, and he served from 1991-92 as project director for a USAID project for war-displaced people in Sierra Leone. From 1994 to 2005 he was a program researcher and curator at the Smithsonian Institution’s National Museum of American History. He was one of two curators for the museum’s observance of the fiftieth anniversary of the Supreme Court’s school desegregation decision, entitled “Separate Is Not Equal: Brown v. Board of Education.” He was married, with two grown children, and lived in Rockville. Professor Smith taught African American, United States, and African history, and his research interests were in the field of recent African American history.

This department is part of MC's Humanities instructional area.