This program is designed to increase the quality and quantity of simulation used in nursing education. School of Nursing Deans and Directors and Hospital Chief Nursing Officers and Nurse Executives are encouraged to nominate nursing candidates, who are interested in serving as simulation leaders, for funding consideration. The program promotes the use of simulation in nursing education in Maryland, establishes simulation quality guidelines that promote patient safety, and provides resources to maintain simulation equipment for nursing programs.

There are currently twenty-five schools of Nursing in Maryland that graduate entry-level nursing students, ten universities and fifteen community colleges. Each of the schools utilizes simulation to a different degree. Although the Nurse Support II program, funded through HSCRC provided extensive support to the universities and colleges, there is a great deal of variety in the number of simulations being used in the programs. Continuing concerns are resources for faculty training and equipment. More hospitals are participating in simulations and developing resources. There is an emphasis on collaboration between education and practice to develop shared resources through funding by NSP I and NSP II.

MHEC administers NSP II. The Workgroup completed the recommendations for programs that are needed to meet the future nursing workforce. A centralized resource center for Maryland, to provide training and promote collaboration in the use of simulation statewide will be funded as a faculty focused State-wide Initiative. Two earlier NSP II funded programs have been foundational to the development of statewide resources. The Maryland Faculty Academy for Simulation Training (M-FAST) and the Maryland Community College Simulation User Network (MCCSUN) programs and resources are incorporated in the center collaborative. Another NSP II grant supported the development of some simulation scenarios at Montgomery College. The college committed to provide support through facilities, posting simulation scenarios through open access and designating a nationally recognized and credentialed faculty member as the Simulation Coordinator for the Collaborative.

The Health Services Cost Review Commission proactively created the NSP II to address the barriers to nursing education. At the May 4, 2005, public meeting, the HSCRC unanimously approved an increase of 0.1% of pooled regulated gross patient revenue for use in expanding the nursing workforce through increased nursing faculty and nursing program capacity in Maryland.

In 2014, at the conclusion of the original ten years of funding, the HSCRC and MHEC staff completed a comprehensive program evaluation with the assistance of an NSP II Advisory Board. This Health Sciences Cost Review Commission approved The Nurse Support Program II Outcomes Evaluation FY 2006 - FY 2015 and Recommendations for Future Funding report at the January 14, 2015 public meeting.

The overall number of nursing graduates in Maryland has increased by 43%, compared to a national increase of 21% between 2008 and 2013. While some undergraduate nursing degree increase is attributable to natural growth, data provided by NSP II competitive institutional grant project directors suggest that over 5,800 or 27% of all undergraduate nursing degrees produced between 2006-2013 are directly attributable to the NSP II competitive institutional grant program focused on student retention initiatives, redesigned curriculum options, and new programs. However, the State is projected to have a shortfall of 12,100 nurses by 2025 (HRSA, 2014). NSP II must find new avenues to meet these needs within the State’s educational capacity.

Simulation provides a safe environment for learning new skills and procedures, including prioritization and teamwork. As part of its patient safety program, the Agency for Healthcare Research and Quality (AHRQ) supports simulation research. The National Council of State Boards of Nursing, through a national simulation research study, determined that simulation can be included for up to 50% of the clinical experiences in a nursing program (Hayden, et., 2014) without impacting nurse graduate quality or performance. By providing a safe learning environment and decreasing the pressure on clinical agencies, clinical simulation can be used to promote safety and enable nursing programs to expand.

Providing high quality simulations requires not just the physical facilities and high level technology, but also requires faculty who have been educated in incorporating simulation into the curriculum. Faculty find implementation of simulation time consuming for preparation of the simulation, including developing the scenarios and setting up the laboratory space appropriately (Adamson, 2010) also identified that faculty felt a lack of support and utilizing the equipment were barriers to implementing simulation. Training and support is a theme that has arisen in the research in simulation (Adamson, 2010; Jansen, et. al., 2010; Pattillo, et. al. 2010; Seropian, 2010; Waxman, et.al., 2015).

The Oregon Simulation Alliance was formed to provide direction for implementation for simulation throughout the state (Seropian, et. al., 2006). This model makes training and equipment resources available and functions as a conduit for best practices. The process that Oregon used was “visits to communities, development of coalitions, simulation specialist education, faculty development, and a mechanism for allocation and distribution of funds” (Seropian, p. 58). Louisiana created a statewide simulation council to implement Interprofessional simulation. (Lemoine, et. al., 2015). The priority was faculty development. The simulation council created a 12-module curriculum that included three levels with four modules each. The Bay Area Simulation Collaborative (BASC) in California has a similar model with four levels of training: novice, advanced-beginner, competent and train the trainer or advanced (Waxman, et.al., 2011).

Maryland has two initiatives funded by the Nurse Support Program II through Competitive Institutional Grants. Each of these funded programs promoted an increased use and quality of simulations in nursing education. The Maryland Community College Simulation Users Network (MCCSUN) was developed by Hagerstown Community College and provided training and collaboration among Maryland’s community colleges. This network is continued through sponsorship of the Maryland Organization of Associate Degree Nursing programs (MD-OADN), Johns’ Hopkins University School of Nursing developed and implemented an intensive training program for Simulation Education Leaders. The Maryland Faculty Academy for Simulation Teaching in Nursing Education (M-FAST) provided week-long faculty training sessions for community college and university partners.

The MCSRC in collaboration with Johns Hopkins University SON is pleased to announce availability of online Interprofessional Education Modules.

Module 5a - Resuscitation in the COVID-19 Era: Shock Advised

Module 5b - Resuscitation in the COVID-19 Era: Non Shockable Rhythm

Train the Trainer Nomination Process and Forms are now available.

MCSRC Simulation Education Workshops are four hour, subject based sessions where institutions are able to make request for workshops, and once approved, MCSRC will travel to the requestor’s site. These simulation workshops will provide simulation education to faculty and/or nurse educators on topics identified as a need at the institution. The MCSRC faculty will deliver the education at your college/university/hospital. The nomination form must be submitted along with a letter of support by the Dean, Director or Chief Nurse Officer.

In response to the pandemic, many nursing educators who have limited knowledge or training in simulation have had to facilitate virtual clinicals, an environment that is unfamiliar to most faculty. MCSRC has a developed new virtual course designed to prepare faculty to facilitate virtual clinicals. This course is available to all Maryland faculty (both part time and full time).

If you would like to participate in this course, please complete this formnew window.

The 2021 INACSL Conference will be hybrid:

The 2021 INACSL Conference Abstract Submissionnew window is open from October 1-30. Submission options are available for both in-person or virtual presentations.

INACSL is excited to share and explore simulation topics that are very relevant to the current times for simulation in clinical practice, education, operations, and research. We strongly encourage submissions of abstracts related to these areas, as well as the following topics: 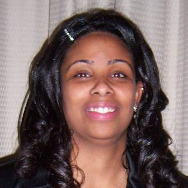 Monique Davis, PhD, MSN, RN (Project Director), is originally from the Washington, DC area. She graduated from the University of Delaware, where she earned a Bachelor’s of Science Degree in Nursing (BSN). She earned a Master’s of Science Degree in Nursing with a concentration in Nursing Education (MSN) from Marymount University in Virginia. Dr. Davis was conferred with a Doctor of Philosophy in Education with a Specialization in Nursing Education from Capella University (PhD) in Minnesota. Her dissertation was entitled “A Quasi-Experimental Study Examining The Impact Of Web-Based Simulation On The Critical Thinking Skills Of Associate Degree Nursing Students.”

Dr. Davis has been a registered nurse for 15 years. She served the nursing community in areas related to women and children's health. She has over eight years of nursing education experience. These experiences include working as a clinical instructor, professor, both in the classroom and online instruction. She has been employed with several colleges and universities in the Washington, DC area that educate associate and baccalaureate level nursing students. Dr. Davis is currently the Dean of Montgomery College Health Sciences Department. She is passionate about educating nurses. She is an advocate for the use of technology to enhance the educational experiences of nursing students. 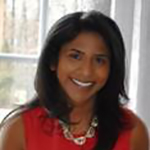 Jasline Moreno, MSN, RN, CHSE (Lead Faculty), is a full time faculty member at Montgomery College. She is currently serving as faculty lead to the Maryland Clinical Resource Consortium (MCSRC), which is a statewide funding initiative under the auspices of the Nurse Support Program II and the Maryland Higher Education Commission. Jasline received formal simulation training from the Maryland Faculty Academy for Simulation Teaching (MFAST) at John’s Hopkins University and Maryland Clinical Simulation Resource Consortium (MCSRC). Jasline is active in national and state nursing organizations; she is currently participating in the NLN Leadership Institute for Simulation Educators. She is passionate about simulation and fostering civility in nursing.  She has coauthored simulations, which can be found on the Montgomery College simulation library page. She has also presented at many local and national conferences on these topics.

Raquel Bertiz, PhD, RN, CNE (Lead Faculty), is a full-time faculty member of the Nursing Program in Montgomery College. She is a nurse with various clinical experiences in Maternal-Child Health and medical-surgical nursing but her passion for education eventually led her to a full-time academic life. As a full-time faculty member, Raquel was part of several teams teaching Maternal Child Nursing, Fundamentals of Nursing, Medical Surgical Nursing and Health Assessment. She was actively involved in a program that facilitates academic progression of current students in the Associate Degree in Nursing to bachelor’s degree in nursing. Dr. Bertiz’s involvement in simulation-based education includes writing multi-patient simulation scenarios for the MC Nursing Program, developing training materials for debriefing and serving as faculty of the MCSRC. She is currently a co-lead faculty of the MCSRC and a lead member of the simulation team at Montgomery College Nursing Program.

Distance Simulation Survey: What have you been doing?new window (archived 2/2021)

Now that the Benchmark has been completed, MHEC has entrusted the MCSRC with the responsibility of awarding Equipment & Materials. The option of instructional equipment (simulation included) formerly awarded through the Resource Grant, has been redirected to be processed through MCSRC.

Importance of Integrating EHRs in Simulationnew window by Latasha Cousar

What's in the Prop Box?new window by Cassandra Hall

Thoughts on Developing a Sim Centernew window by Crystel Farina

Want to keep up to date on all MCSRC happenings? Engage with us on social media.