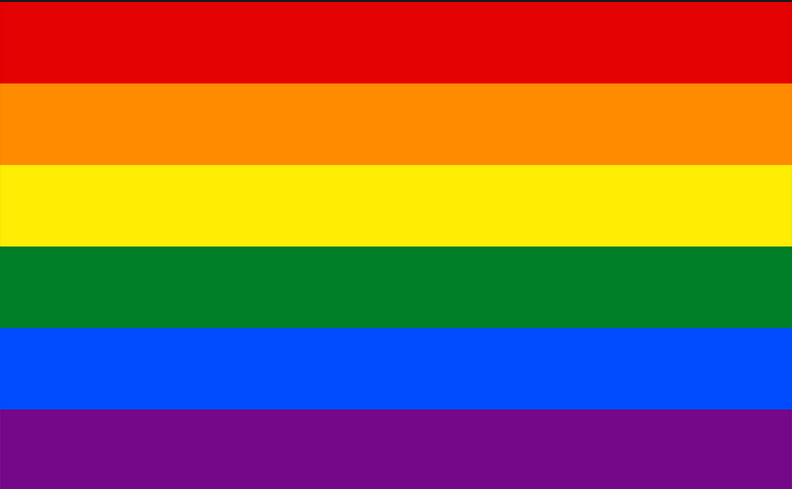 We are Montgomery College’s lesbian, gay, bisexual, transgender, and allies faculty and staff group, a college-recognized organization within MC’s Office of Equity and Diversity.  Our vision and goals are to:

Virtual drop in hours serve as a virtual alternative to in person drop-in hours, where staff has set aside this time to meet with anyone. Although setting appointments far in advance is not required, you will need to email us at lgbt.umd.edu in order to receive the meeting link. Below are the schedule times for each week, if anything changes it will be detailed in our public drop in hours calendarnew window.

Gender Conference NYC is happening October 22nd-25th. Make sure to check out their websitenew window for more information!

PRIDE+ Club is a Rockville LGBTQ student club! Students will be meeting from 12:30 - 1:30 pm on Thursdays via Zoom.

For more information, students should email or communicate with group leaders via Instagram new windowor Twitternew window. If you have questions, send an email 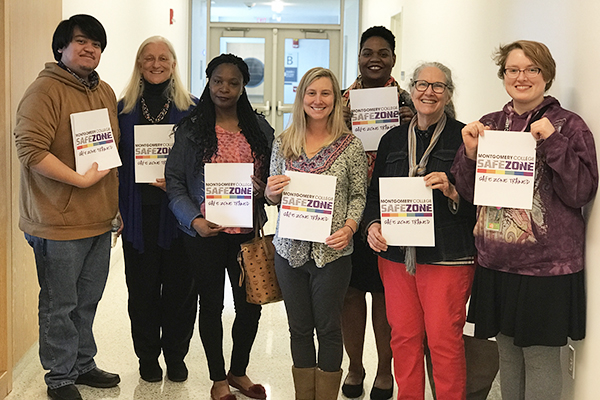 Gain new understanding of gender, gender identity, gender expression and the diverse range of sexual and affectional orientations. Acquire resources and referral information and practice communication skills for classroom or office discussions or unexpected disclosure. It's your choice about how visible and active to be as an ally after class.

Foster a welcoming academic environment for students who are lesbian, gay, bisexual, transgender--or questioning identity. LGBTQ students often feel unsafe at school, resulting in reduced attendance to avoid risk, bullying, or bias. Empower students to cope with ignorance or discrimination, build community among peers, and focus on their studies.

Upon completion of this class, you will be able to:

LGBTQ represents a diverse range of gender expressions and sexual and affectional orientations.

Traditionally, this stands for lesbian, gay, bisexual, transgender, and queer or questioning. Identify labels vary considerably, with new identities such as pansexual, asexual, and androgynous emerging, even as some people reject the limitations of any such identity label.

When we engage in LGBT advocacy, we not only speak for the civil rights of sexual minorities -- we also strike a blow for greater freedom for all people. We envision a world in which we can be as feminine and as masculine as we choose, a world in which we are free to engage in consensual, loving relationships, a world which embraces diverse family forms, and a world in which a well-informed, authentic sexuality is a basic human right.

Out in STEM DC is the professional chapter of the national nonprofit that seeks to nurture and connect LGBTQIA+ individuals working in the STEM field in the DMV region. We welcome a diverse crowd to our regular events (allies welcome) and strive to hold fun and meaningful events that help to grow our community and the lives of our members! We run a short bi-monthly newsletter that includes information about our upcoming events, features about our members and notable LGBTQIA+ STEM professionals, and plenty of nerdy jokes!

Signup to receive our newsletter and event alertsnew window!

We Support the MC Community

We are just some of the students, faculty and staff at Montgomery College who identify as LGBTQ or as an ally. In honor of National Coming Out day, we show our support for our fellow MC friends and colleagues who have come out, who are struggling to come out, who have family members in the community, or who have lost someone because of their identity. We stand with you, and we support you.

October is nationally recognized as Lesbian, Gay, Bisexual, and Transgender History Month. During October the history of gay rights and related civil rights movements are recognized and celebrated. The Rainbow Flag is one of the most widely recognized symbols of the LGBTQ movement. The message of the rainbow is hardly new.

Since ancient times, rainbows have been symbolic in many cultures, including Greek, African, Native American, and Celtic. Even Reverend Jesse Jackson's Rainbow Coalition has used the rainbow as a freedom symbol. The Rainbow Flag as we know it today was developed by San Francisco artist Gilbert Baker in 1978. At the time, there was a need for an LGBTQ symbol which could be used year after year for the San Francisco Gay and Lesbian Pride Parade.

Baker took inspiration from many sources, from the hippie movement to the black civil rights movement, and designed the Rainbow Flag. Baker explained that his colors each stood for a different aspect of gay and lesbian life.

Baker himself and thirty other volunteers hand-stitched and hand-dyed Rainbow Flags in 1978. Later that year, when San Francisco’s first openly gay supervisor, Harvey Milk, was assassinated, the 1979 Pride Parade Committee found in Baker's flag the perfect symbol for the entire gay community to unite under in protest of this tragedy. The Rainbow Flag is officially recognized by the International Congress of Flag Makers.

The library has created a LGBTQ+ resource  webpage.  Visit the MC Library's research guide for Women's and Gender Studiesnew window for additional information.

University of Maryland Pride Events
The Office of Multicultural Involvement and Community Advocacy (MICA) at University of Maryland has a list of LGBT events that is updated regularly. If you are interested in attending any of the events and activities, please see UMD full calendar of eventsnew window for more information.