Nicholas Tracy, a Renaissance Scholar, Becomes the College’s 15th Winner of the Scholarship 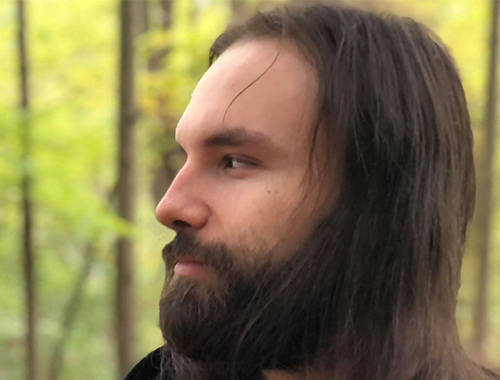 Nicholas Tracy, a Renaissance Scholar, Becomes the College’s 15th Winner of the Scholarship

With a GED in hand and a world of self-doubt, Nicholas Tracy sat in a Montgomery College classroom for the first time two short years ago and 1,000 long miles away from his native Florida. Through hard work, strong support, and a boost of confidence, Tracy’s journey has gone from harsh reality to an educational fairytale.

“My family has been living in poverty for their entire lives,” said Tracy ’21, one of 72 recipients nationally of the Jack Kent Cooke Foundation’s prestigious Undergraduate Transfer Scholarship. “A big driving factor in pursuing my education at all was to eventually reach the point to get back to my family and assist them. But I had a lot of doubts coming into college.”

Tracy moved to Maryland in 2018, got his GED, and enrolled at MC.

The highly competitive scholarship will provide Tracy, who graduated from MC in May, with up to $40,000 annually for a maximum of three years to complete his bachelor’s degree. Tracy is one of two students in the state of Maryland to earn the scholarship this year. Nearly 1,300 students applied for the 2021 Cooke Undergraduate Transfer Scholarship. The Foundation evaluated each submission based on academic ability, persistence, leadership, and service to others.

Tracy grew up in Miami in a “ramshackle” house with a single parent. He and his brother shared a home with their mom, grandmother and aunts until he was in third grade, when his mom felt the school system wasn’t providing enough support for his brother, who is on the autism spectrum. She moved the three of them to a rural area in north-central Florida and homeschooled them for a couple of years, but her health started to deteriorate, which meant the time devoted to schooling declined over time. Tracy had been mostly relying on the internet to learn since he was about 13 years old.

In 2018, he moved to Maryland to be with his girlfriend, earned his GED the following year and made the decision to attend MC. He knew he would need to go to community college because he had no GPA to show to a four-year university. However, Tracy said he was a believer in the public benefit of two-year colleges. After a little research and talking to students and alumni, he decided MC would be a good fit.

“I knew how to educate myself,” he says. “But I didn’t know how to operate in a formal educational setting, especially in a college setting.”

It wasn’t long before he started building confidence as a student. He was participating in class and even leading discussions. Positive feedback from his professors soon followed.

Tracy is now starting classes at Georgetown University, and was accepted to both Cornell University and Columbia University.

“We are very proud of Nicholas and his accomplishments, including being the 13th MC honors program student to be named a scholarship winner,” said Dr. Lucy Laufe, the collegewide honors coordinator and the catalyst for MC students applying for the Cooke Foundation scholarship.

Dr. Laufe added, “As an honors student, the additional research, the writing, community service, campus engagement, and the strong letters of recommendation that come from honors faculty are instrumental in helping students like Nick be successful applicants.”

Tracy aims to focus his career on the intersection of technology and education, a driving force behind his independent learning.

Tracy also connected with students from diverse backgrounds, including other nontraditional students, which made the transition easier: “The diversity at MC is incredible and seeing the success of others from different backgrounds who have faced many challenges in their lives, and seeing what they’ve accomplished really gave me confidence to give it my all.”

Not surprisingly, he hopes to focus his career on the intersection of technology and education, a driving force behind his independent learning. He is graduating from MC with an associate’s degree in General Studies (concentrations: Humanities, Arts, Communication and Languages; Social Science, Administration and Health). He plans to major in sociology and then double major in political science or public policy. Tracy is now starting classes at Georgetown University, and was accepted to both Cornell University and Columbia University.

In addition to the monetary award, new Cooke Transfer Scholars will receive comprehensive educational advising from Foundation staff to guide them through the process of transitioning to a four-year school and preparing for their careers. The Foundation will additionally provide opportunities for internships, study abroad, and graduate school funding, as well as connection to a thriving network of nearly 2,500 fellow Cooke Scholars and alumni.

“I hope to continue inspiring other students from whatever background they may come from,” Tracy said. “I certainly found a great support network at Montgomery College… getting such a prestigious scholarship is incredible to think about, it still feels unreal.”