Debra Fyodorov was 10 years old when she saw The Beatles live. Her mom took her and her younger sister, as she realized it was a momentous occasion. That concert ignited her passion for live concerts—and the arts. As theatre manager of the Robert E. Parilla Performing Arts Center (PAC) at the Rockville Campus, Fyodorov is excited at the prospect of offering of in-person shows. 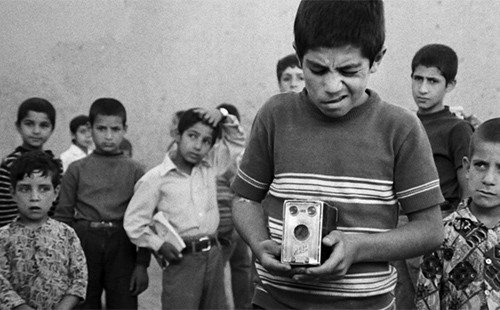 "The Traveler," a 1974 Iranian film, has been among the foreign and independent productions screened and streamed since the start of the semester.

“It’s all about the live music, the camaraderie of being with a bunch of people who love the same music you do. It’s very thrilling. I am an avid concertgoer. I visit all the venues in town, so I am thrilled that we are back,” Fyodorov said.

The guest artist series has a world-class lineup this fall and winter, starting with the Brazilian All Stars that performed October 22, the Psychedelic Furs coming Nov. 6. In 2022, the Polish Wieniawski Philharmonic Orchestra performs February 4, and Tango Argentina is on stage March 11.

Meanwhile, the Monday Night Film Series, usually a free summer treat for art house film lovers, returned to the big screen at the beginning on October. Films are being shown several Mondays this fall before productions of The Nutcracker fill up the theatre in December.

When the pandemic hit last year, Fyodorov and her team pivoted and offered the films virtually thanks to a longstanding relationship with the distributor. Thanks to a grant from the Maryland Arts Council, which has supported the program even before COVID-19, online tickets were free of charge. Due to the Delta variant, the PAC team continues to offer the streaming option for anyone who prefers to watch from home.

The pandemic and streaming gave the team an opportunity to expand the series to run during the academic year. The series has been highly popular for years, featuring an array of independent and foreign films and directors like Ingmar Bergman and Luis Buñuel.

“One of the things that was wonderful for me is that I could keep showing these films during Covid. I was stunned at the response that we’ve had. When we hit over 13,000 reservations, we stopped counting. We thought we were going to have 50 people sign up. But the genre is fine for sitting at home. I have not been unhappy during Covid, I just expanded what I could do,” Fyodorov said. 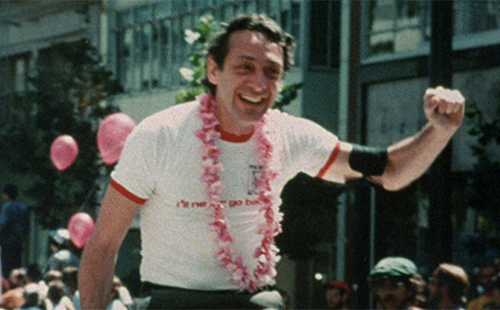 The 1984 documentary film "The Times of Harvey Milk" was available to audiences in the theater and at home this month.

The impact of the PAC extends beyond the DMV area. Ken McNaughton, a resident of historic Ellicott City, came to a live performance at PAC about five years ago. He kept in touch via email, discovering the films streaming during the pandemic. “I’ve been impressed with the selection,” he said. Recently, when he got an email from the theatre—along with a video—about the Brazilian All Stars, he immediately bought a ticket.

During the past year, Fyodorov and her team took the opportunity to make renovations to the space: installing new carpeting and new purple seats as well as creating a new seating plan, which now includes a center aisle.

They also have new GoPro and high-definition cameras, to allow them to stream any event from the academic program. Outside organizations renting the space also have this unique streaming opportunity.

“We turned a bad situation into something good,” Fyodorov said.

Editor’s note: Montgomery College, along with the PAC, requires proof of full COVID-19 vaccination or a negative COVID-19 test to attend in-person activities and events. The College also requires all patrons, employees, and other guests to wear a mask in campus buildings at all times, regardless of vaccination status.

End of section
Skip footer and go back to top