“I was happiest when I got a job I didn’t know how to do because I’d learn it—I’d figure it out,” says recently retired Montgomery College administrator Donna Schena. Her illustrious—and eclectic—43-year career included a brief stint in teaching as well as roles in three of the four major divisions of the College. In 2019, Dr. Pollard tapped her to become senior vice president of administrative and fiscal services.

Campus Registrar
Office of Admissions, Records, and Registration
Takoma Park/Silver Spring and Rockville Campuses
May 1988 to 1997

Director of IT Policy, Planning, and Cybersecurity
Office of Information Technology
October 2006 to July 2011

Senior Vice President for Administrative and Fiscal Services
May 2018 to June 30, 2021 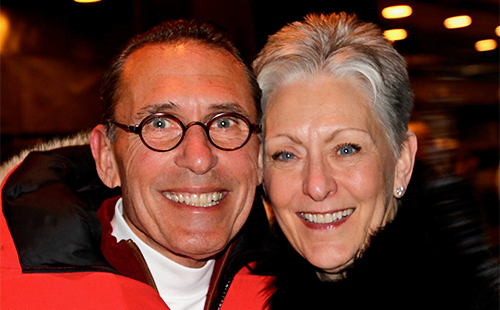 “We both began our careers as skilled workers,” said Donna Schena, who trained as a dental assistant. Her husband, Richard, was a volunteer firefighter and a police cadet before training to be an airline pilot. “Our fathers were skilled blue-collar workers—and we both think they did an amazing job of providing for their families.”

“I never had a career plan in my head,” said Schena, who took on positions—often at the behest of senior leadership. “I didn’t just consider what a job should be, I would look at a job and think, ‘what could this be?’.”

Her work ethic and tireless positivity earned the adulation of students, faculty, staff, and College administrators. Former Montgomery College President DeRionne Pollard said, “Donna was one of the most people-centered employees I’ve had the pleasure of working with. Her dedication to our students and their experience is profoundly influenced by her own unique journey at Montgomery College.”

“I always believed the College brings out the student in every one of us,” said Schena. “That’s what prompted Richard [her husband of 45 years] and I to endow a scholarship affording opportunities to students who want to enter into a trade to become a skilled and credentialed worker.”

Longtime donors to the Montgomery College Foundation, they have made more than 30 transformational gifts to MC, recently establishing the Schena Family Endowed Scholarship with a $10,000 gift. At her retirement celebration in June, the couple announced a $75,000 legacy gift from their estate to students in College’s Workforce Development and Continuing Education (WDCE) division.

George Payne, vice president and provost of WDCE, said, “Our noncredit programs do not have federal financial aid, which makes the value of scholarships that much more meaningful. Whether it’s a returning adult, someone who’s recareering, or a young person preparing for entry into the workforce, a credential can be a passport to many, many possibilities.”

“There’s a ripple effect to their gifts that goes beyond just tuition,” said Payne. “There are benefits to the families of our students, our community, and our economy.” 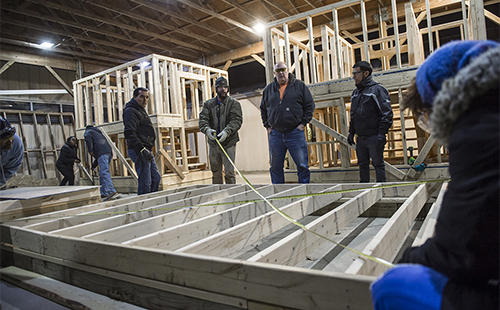 Noncredit programs do not have federal financial aid, which makes the value of scholarships more meaningful.

“Right now there is an alarming shortage of workers in the skilled trades,” said Craig Eozzo, senior campaign director at the College. “The Schenas’ gifts will undoubtedly have a significant impact on our students who will fill this void in the workforce.”

Schena would like to continue working—albeit on a volunteer basis.  She started volunteering for the Parkinson Foundation of the National Capital Area (PFNCA) when Richard was diagnosed with the disease in 2009. Over the years she served as liaison to the board of the national Parkinson’s Foundation, was a panel member at the Michael J. Fox Conference in Washington, D.C., and was board chair for seven years. She stepped away from PFNCA’s board when she accepted the senior vice president position at the College—and she is eager to renew her commitment.

“I want to wake up every day and say, ‘how can I make a difference for someone?’” she said.

Skip footer and go back to top