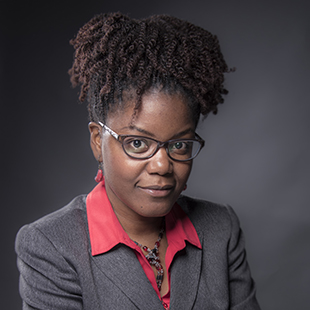 Montgomery College media professor Tiffany Thames Copeland has received a Fulbright U.S. Scholar Program award in Communications for the 2022-2023 academic year from the U.S. Department of State and the Fulbright Foreign Scholarship Board. Her research is titled “African Americans Respond to Ghana’s Mediated Call: Digital Media & The Year of Return.”

Thames Copeland is the 12th Montgomery College employee to receive a Fulbright U.S. Scholar award since the Fulbright Program started in 1946, the same year Montgomery College was founded. Fulbrighters engage in cutting-edge research and expand their professional networks, often continuing research collaborations started abroad and laying the groundwork for forging future partnerships between institutions and nations.
“Montgomery College is very proud of Dr. Thames Copeland’s achievement,” said MC President Jermaine F. Williams. “This very prestigious award from U.S. State Department demonstrates the visionary quality in Dr. Thames Copeland’s research. Her work on the role of digital media and migration embodies some of the most seminal questions of our time.”

Upon returning to their home countries, institutions, labs, and classrooms, they share their stories and often become active supporters of international exchange, inviting foreign scholars to campus and encouraging colleagues and students to go abroad. As Fulbright Scholar alumni, their careers are enriched by joining a network of thousands of esteemed scholars, many of whom are leaders in their fields. Fulbright alumni include 61 Nobel Prize laureates, 88 Pulitzer Prize recipients, and 40 who have served as a head of state or government.

“Now is the time to go beyond the expectations that others set for us, as well the oftentimes limiting expectations that we set for ourselves," Thames Copeland said. "We all have the capability of making magic happen in our lives, and by doing this we help to make the world into a better and brighter place.”

The Fulbright Programnew window is the U.S. government’s flagship international educational exchange program and is supported by the people of the United States and partner countries around the world. The Fulbright Program is funded through an annual appropriation made by the U.S. Congress to the U.S. Department of State’s Bureau of Educational and Cultural Affairs.

For more information about the Fulbright Program, visit http://eca.state.gov/fulbright.