New MC Foundation Board Member, Donor, and Immigrant Gives Back

Marianne Brackney draws on her experience coming to the United States – and believes in lifting up the next generation.

When Marianne Brackney arrived in Canada from South Korea in 1976, she only had $10 in her pocket. “If I am left with more than $10 dollars, that’s all I need,” she says now, as she starts a term as a member of the Montgomery College Foundation Board. As an immigrant who studied at MC during the 1980s and fulfilled the American Dream, she is always looking to give back. 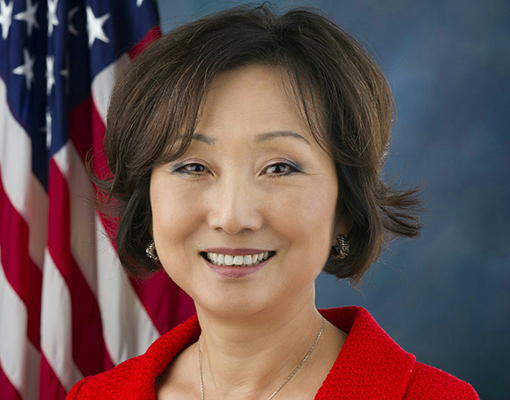 As a 29-year-old newly arrived to the United States, Brackney enrolled at MC and took several English classes. She vividly remembers taking a technical writing class and vocabulary class with Connie Morella, former congresswoman and diplomat. She credits that class with helping her acquire skills that were useful throughout her professional life in the federal government.

While attending Montgomery College, she got pregnant with her son, now 36 and a senior vice president at SunTrust. “I think it’s pretty normal these days to see nontraditional students who are in community colleges or four-year institutions, but at the time, as a foreigner, I was pretty much abnormal,” she recalls.

After getting an associate’s from MC, she transferred to University of Maryland and earned a degree in business.

“I really like having this [outreach] role to talk about my experience. Financially it’s [Montgomery College] better for parents—and students don’t have to feel guilty about spending so much money from their parents’ bank accounts or end up with debt.”

She took out a student loan to finish her studies, slowly paying it off. But she realizes tuition costs have increased exponentially since then, which creates a financial burden on families. “I really like having this [outreach] role to talk about my experience. Financially it’s [Montgomery College] better for parents—and students don’t have to feel guilty about spending so much money from their parents’ bank accounts or end up with debt.”

Brackney, who is very entrenched in the Asian-American community, believes she can convey this important message: “You have heard of terms like ‘tiger moms’ and how Asians are very much involved in Ivy League schools.  These parents push their kids to excel—and they are so proud of their acceptance into reputable schools. But not everybody succeeds financially. Asian parents especially, feel guilty if we don’t financially support our children. I really want to educate our community, especially the Asian population, about the benefits of community colleges. It’s beneficial for parents—and for their students.” 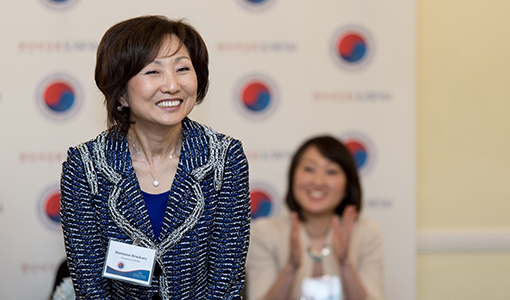 Brackney has been involved in the community for decades and believes in paying it forward to lift up the next generation.

Students who choose MC—one of the most diverse community colleges in the U.S.—are exposed to an array of cultures, languages, and experiences. “MC was very diverse, even in the early 1980s,” Brackney says. “Once you are exposed to different cultures and different language settings, you gain more understanding of what you are supposed to be doing in work situations and in your own community.”

Getting involved is something to which Brackney and her late husband have always subscribed. “We always wanted to contribute to the community. I think it’s the American way. You have made it and are very successful, but you also need to learn to give back to the community.” Now she gives back through donating and serving on MC Foundation Board. “I will be learning a lot. I want to be part of this foundation and try to help someone who is in need.”

She is thankful for the opportunities she had—and wishes to pay it forward. “We need to make more progress as we age, helping our children do better. That’s always on my mind: to lift up the next generation.”