Her Experience as a Woman of Color, Undocumented and DACA Recipient Inspired this Alumna to Give More Support to Other Student Parents

Yoslin Amaya was a DACA recipient, undocumented, a woman of color, and a first-generation college student. And when she started classes at Montgomery College in 2016, Amaya was already a mom. Soon after she started, she gave birth to her second son. 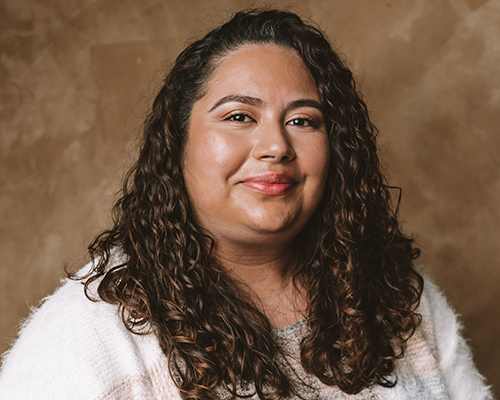 Yoslin Amaya graduated from MC in 2019 and went on to University of Maryland for her bachelor's degree.

Amaya (’19) did not qualify for financial aid due to her DACA status. Her husband was also enrolled at MC, making childcare a logistical nightmare. When relatives and friends were unavailable, the couple brought their kids to class. In fact, 20 percent of all MC students, including both credit and noncredit, are parents. Despite the odds, Amaya persevered, graduating with an associate’s degree in general studies (focused on government and politics). She earned a bachelor’s degree from the University of Maryland in 2021. Amaya says perseverance was the key to her educational success—and she is working to instill hope in other student-parents.

Sharing her challenges as a degree-seeking student earned her a spot on the College’s Ascend Parent Initiative (API) Taskforce, which comprises faculty and campus leadership. Last month, Generation Hope awarded her a grant of $500 to conduct focus groups with Montgomery College student-parents to determine their needs.

Amaya hopes her research will not only add to the work done by the API Taskforce, but also that it will reinforce—and make people rethink—the policies that provide funding to student-parents.

“It’s not a handout, it’s a hand up,” said Amaya, who believes the [the research] will guide College decision-making as it relates to serving student-parents. 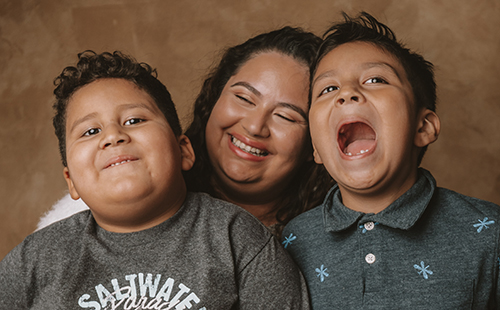 Amaya and her husband juggled parenthood and academic life. Their sons are now 5 and 7 years old.

Today, she is the student advocacy coordinator for Generation Hope, an organization providing support to students who are also parents. She joined the program when she started at MC as a teen parent. Generation Hope delivered the support she needed. “They provided me a mentor and tuition assistance so I could go to school and finish my college degree.”

According to Ja’Bette Lozupone, director of Student Affairs at the College, conducting focus groups with student-parents “allows us to gain a deeper understanding of a highly invisible population on our campuses.” Adding, “This ongoing effort to collect data will amplify their voices.”