Divine intervention. That’s how Christine Kigonya characterized becoming aware of the Transitional Living Scholarship (TLS) available at Montgomery College. “For years, I had been looking for a scholarship to get to the next level because I had been feeling stuck,” she said. 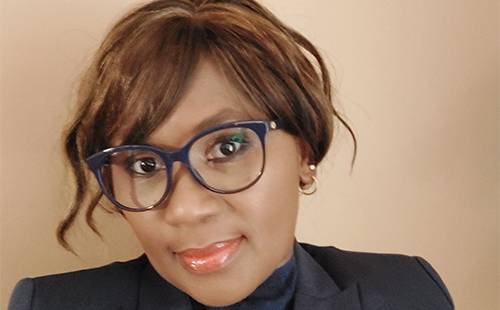 The donors who established the Transitional Living Scholarship wish to remain anonymous, but they shared their reasons for starting it. “My sister was sparked by a 2011 Washington Post story of a struggling young mother who was living with her child at a Rockville shelter while trying to pursue her Montgomery College education. After finding a way to financially assist this individual, the next step was creating a concrete program to aid MC students in similar straights, resulting in the Transitional Living Scholarship, which our family supports,” they wrote.

Last fall, a friend told her about the scholarship and Kigonya contacted Montgomery College’s Anita Mwalui immediately. Mwalui, who works in the College’s Workforce Development and Continuing Education (WDCE) unit, helped her apply. That was the night, Kigonya says, her journey at the College began.

"We are grateful for the efforts of MC staff in directing TLS grants to appropriate students, and we are deeply moved every time we hear about recipients achieving their goals."

Kigonya, a single mom, had been in and out of jobs for the past couple years. She recently finished a project manager course at MC and is currently studying for the certification exam. “I am trying to get to the next level, to get a better salary and more benefits,” says Kigonya. “I have so much experience under my belt, but I’ve got nothing to show employers. This was a breakthrough for me. This certification will open a lot of jobs for me."

Mwalui says the TLS scholarship supports a vulnerable cohort at Montgomery College: student parents who are or have been living in transition or homeless. It helps women get trained, transition into other careers, get new skills or upskill. Many of the women are educated and have jobs but are part of what is usually referred to as working homeless.

The TLS scholarship covers WDCE tuition and can provide funds for technology needs and rent assistance. Mwalui meets personally with incoming students to figure out the best training for them based on their existing skills and labor market projections. She then connects them with more resources. She has an open-door policy. 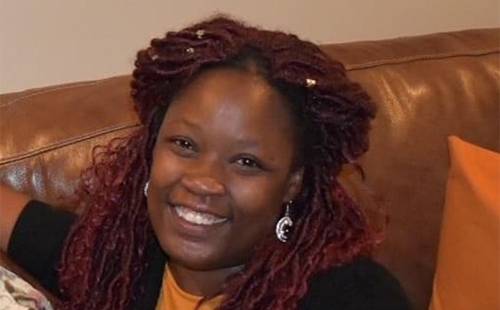 Montgomery College student Christine Kigonya has already completed a project management course and is working towards her certification.

“It’s tricky because not a lot of students want to be identified as being homeless or in temporary living arrangements—and 80% of our TLS students are single parents,” Mwalui said. “Many are victims of domestic violence, victims of any kind of violence, and they ended up as single parents. Many have lived in transitional homelessness, which can mean living in a homeless shelter or living with someone who is helping them out, such as a friend, church member or getting assistance from a community-based organization. But it’s short-time help.”

“We are grateful for the efforts of MC staff in directing TLS grants to appropriate students, and we are deeply moved every time we hear about recipients achieving their goals. Success comes from students’ hard work and determination, plus the superb guidance of MC staff as exemplified by Dr. Mwalui. Her compassion, generosity and a ‘we can do this’ approach are layered with her own life experiences … a powerful formula. The Transitional Living Scholarship program and its scholars are so fortunate to have her support and her vision.”