All Fall and Spring 2022–23 theatre performances will be in-person. Production information is listed below.

Students interested in supporting the productions as performers, management, technicians, and crew should email Professor Hengen for more information.

The Amateurs by Jordan Harrison

"An intrepid troupe of pageant players races across medieval Europe, struggling to outrun the Black Death. The arrival of a mysterious outsider sends Hollis, the leading lady, in search of answers that can only be found off-script... and soon the 14th-century plague begins to look like another, more recent one. This wildly inventive and funny new work examines the evolution of human creativity in a dark age: When does a crisis destroy us, and when does it open new frontiers?” ~ concordtheatricals.com

Men on Boats by Jacklyn Backhaus

Auditionees should prepare a contemporary monologue of 2 minutes or less.
Please fill out the MC Men on Boats audition formnew window and follow the instructions to get a time slot.

“…off-the-canyon-walls funny…” —Variety. “[MEN ON BOATS] is marvelously destabilizing both as history and theater. The stalwartness and selfishness of the adventurers—their cockiness and cluelessness—become biting satire when sent up by women.” —NY Magazine. “…you will surely want to spend time with the hearty title characters of MEN ON BOATS…[a] rollicking history pageant…MEN ON BOATS makes canny use of the obvious distance between performers and their roles to help bridge the distance between then and now…The tone is comic, but never cute or camp. And ultimately, you feel, the play respects its bold if fallible pioneers, in all their natural bravery and fearfulness.” —NY Times.” ~ dramatists.com 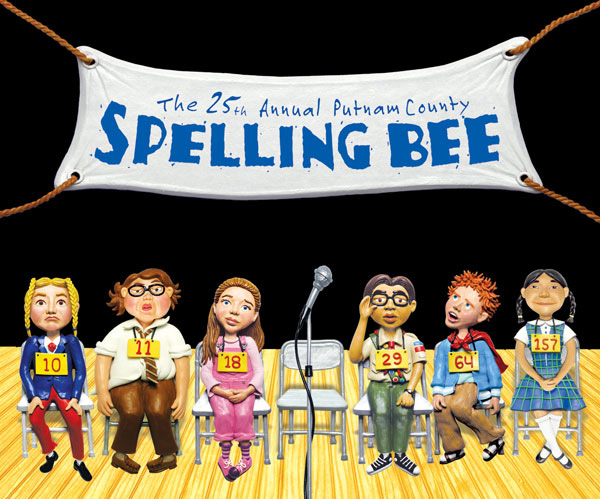 "Winner of the Tony and the Drama Desk Awards for Best Book, The 25th Annual Putnam County Spelling Bee has charmed audiences across the country with its effortless wit and humor. Featuring a fast-paced, wildly funny and touching book by Rachel Sheinkin and a truly fresh and vibrant score by William Finn, this bee is one unforgettable experience.

An eclectic group of six mid-pubescents vie for the spelling championship of a lifetime. While candidly disclosing hilarious and touching stories from their home lives, the tweens spell their way through a series of (potentially made-up) words, hoping never to hear the soul-crushing, pout-inducing, life un-affirming "ding" of the bell that signals a spelling mistake. Six spellers enter; one speller leaves! At least the losers get a juice box.” ~ mtishows.com 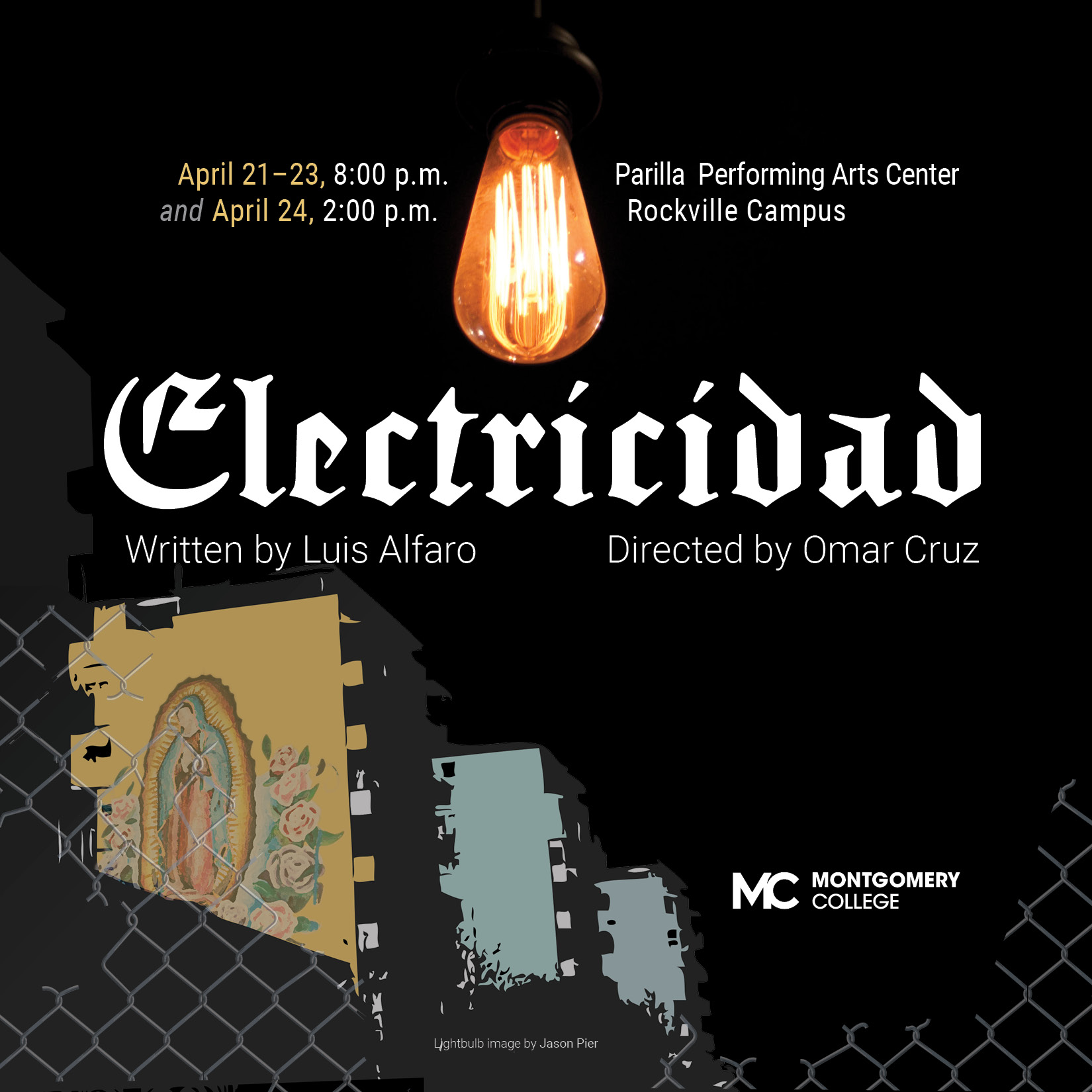 "In the years following the murder of her father by her mother, Electricidad is committed to vengeance. To get it, she’ll need her brother, Orestes, to return from Las Vegas and help her finish the job. Transporting Sophocles’ Electra to the Los Angeles barrios, Luis Alfaro investigates violence, loss, and redemption through the lens of this age-old tragedy."
~ Dramatists Play Servicenew window 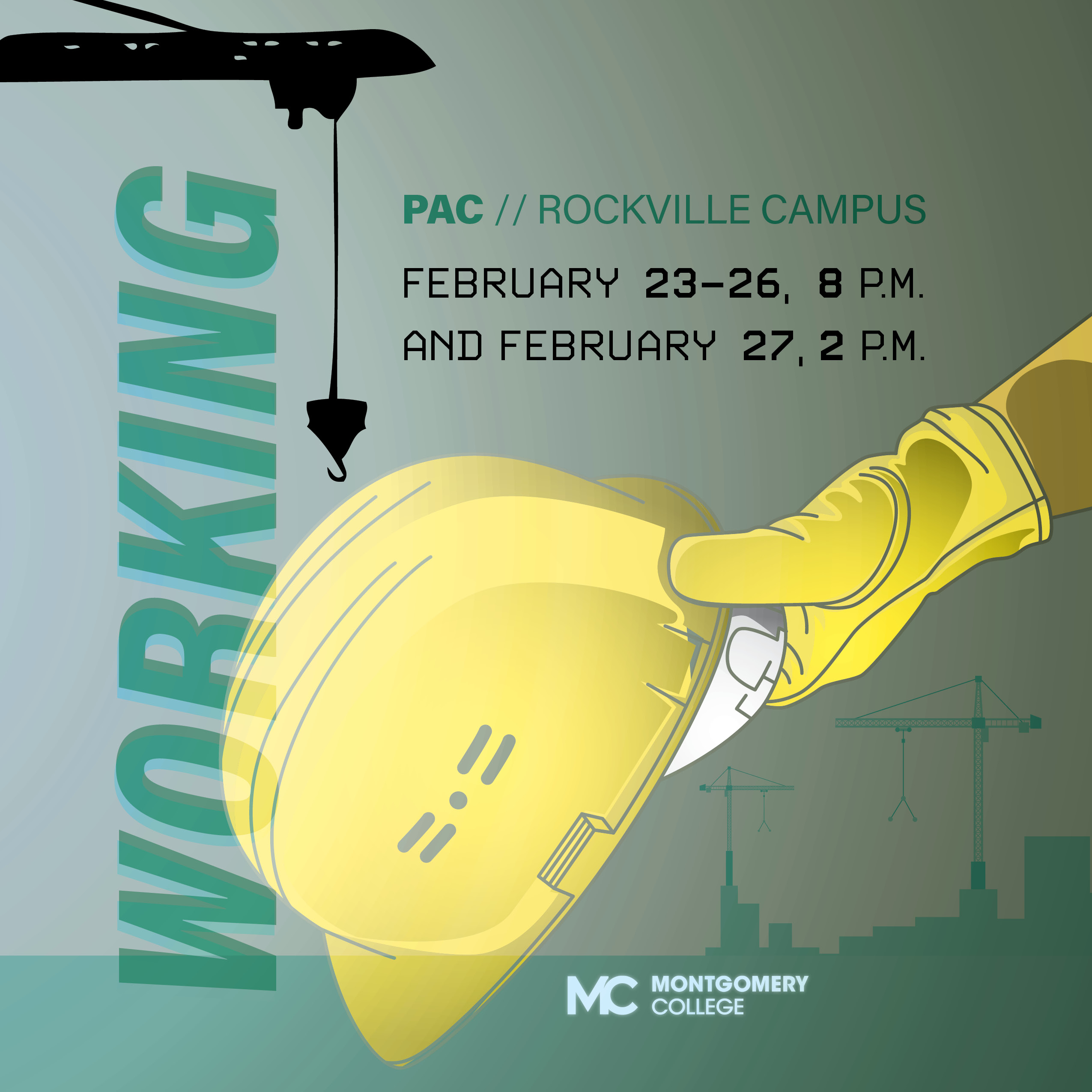 "Working concerns the hopes, dreams, joys and concerns of the average working American. In the course of one twenty-four hour workday, the audience meets and hears stories of various workers including the schoolteacher, the parking lot attendant, the waitress, the mill worker, the mason, the trucker, the fireman and the housewife."
~ StageAgent.com 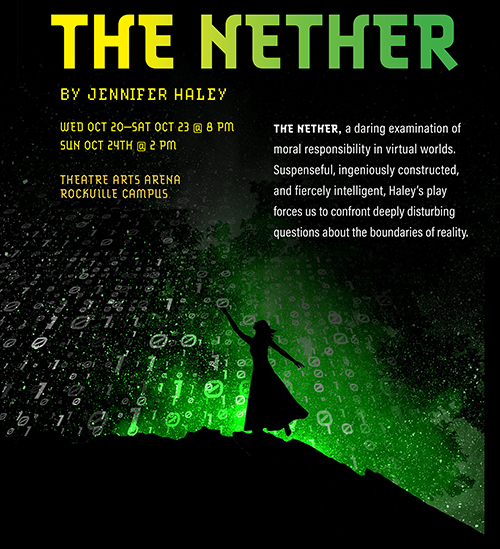 The Nether by Jennifer Haley

"The Nether, a daring examination of moral responsibility in virtual worlds, opens with a familiar interrogation scene given a technological twist. As Detective Morris, an online investigator, questions Mr. Sims about his activities in a role-playing realm so realistic it could be life, she finds herself on slippery ethical ground. Sims argues for the freedom to explore even the most deviant corners of our imagination. Morris holds that we cannot flesh out our malign fantasies without consequence. Their clash of wills leads to a consequence neither could have imagined. Suspenseful, ingeniously constructed, and fiercely intelligent, Haley’s play forces us to confront deeply disturbing questions about the boundaries of reality." ~ Book Revue.com 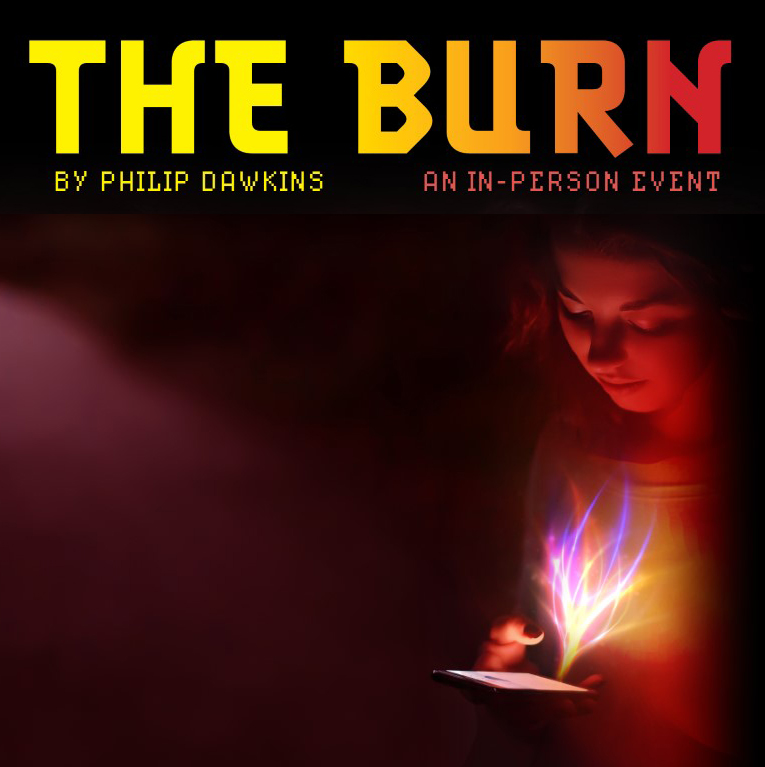 The Burn by Phillip Dawkins

"When a high school production of The Crucible forces them together, tensions escalate into acts of bullying—both online and IRL. THE BURN explores what happens to a teacher and his students when a classroom conflict turns into an online witch hunt." ~ New Play Exchange 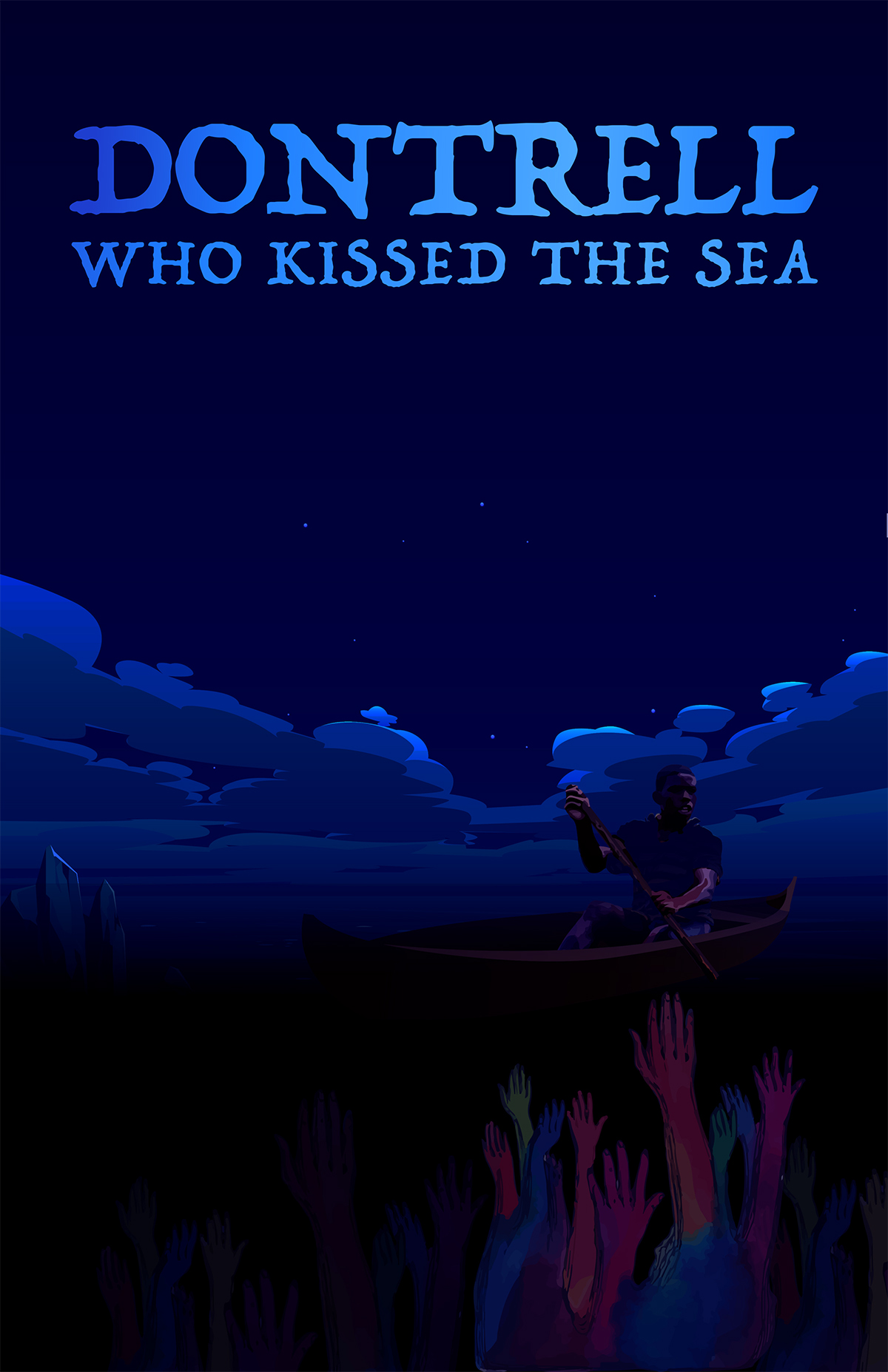 Dontrell, Who Kissed the Sea by Nathan Alan Davis

"It’s a month before his first day of college and Dontrell Jones III wakes up from a dream that will change his life. Haunted by powerful visions, Dontrell takes an unconventional journey that begins with scuba gear, swimming lessons, and ends in a boat drifting into the Atlantic Ocean to meet his ancestor’s spirit. Woven with movement, sound and song, "Dontrell, Who Kissed the Sea" is a magical, modern day story about living in the moment and answering the call to connect with our past." ~ CPT Online 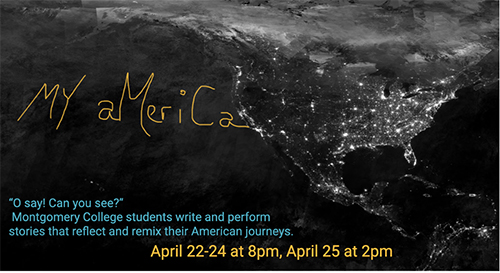 Led by teaching artists from Young Playwright’s Theatre and The Welders Playwrights’ Collective, Montgomery College students wrote and performed stories from their lives and the lives of their peers as they reflected and remixed their American journeys.
The performances featured live (real time) and pre-recorded performances. 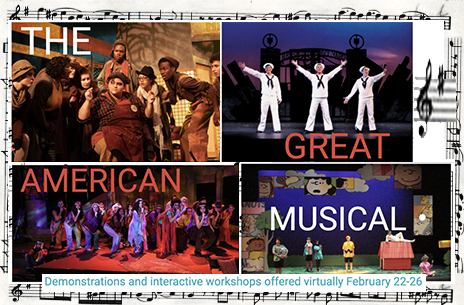 “There’s No Business Like Show Business": Anatomy of the American Musical

Theatre professionals from NYC, DC, and around the country shared tips and techniques for singing, dancing, and designing for musical theatre. 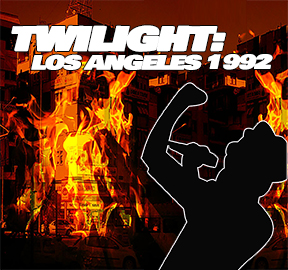 "From acclaimed playwright Anna Deavere Smith, a captivating work of dramatic literature and a unique first-person portrait of a pivotal moment in American history: the 1992 Los Angeles riots ... Twilight is a stunning work of “documentary theater” that explores the devastating human impact of the five days of riots following the Rodney King verdict. From nine months of interviews with more than two hundred people, Smith has chosen the voices that best reflect the diversity and tension of a city in turmoil….

A work that goes directly to the heart of the issues of race and class, Twilight ruthlessly probes the language and the lives of its subjects, offering stark insight into the complex and pressing social, economic, and political issues that fueled the flames in the wake of the Rodney King verdict and ignited a conversation about policing and race that continues today." ~ Penguin Booksnew window 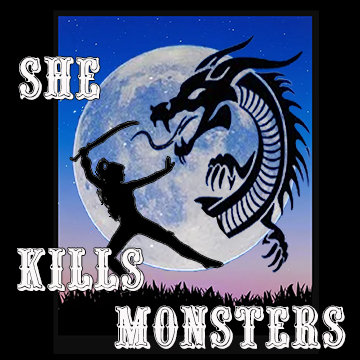 “Agnes Evans is a completely average woman who strives to be nothing but average until the day she wishes her life was a little less boring. Her wish unfortunately comes true when her family, including her younger sister Tilly, dies in a car crash. Agnes was never close to Tilly due to the fact they were interested in completely different things; Agnes loved everything average, while Tilly had a passion for everything classified as nerdy or geeky and a special love for the Dungeons and Dragons game. As Agnes is cleaning and packing Tilly’s room in order to move everything to her new house, she finds a module Tilly had written for D&D. In order to get closer to the sister she never really knew, Agnes embarks on her own adventure with the help of a Dungeon Master to play the game as Tilly designed. As she delves deeper into her quest, the fantasy world and reality begin to collide and mix as Agnes searches to connect with Tilly and realizes how much of her sister she never knew.” ~ Wikipedianew window

Our National Museum of the Unforeseen Tragedy

Directed by KenYatta Rogers | Written by Renee Calarco
United States. The Future. The country is still recovering from a devastating yet oddly familiar event that nobody saw coming. Out of the ashes of the tragedy rises a memorial museum—The Museum of the Unforeseen—dedicated to preserving the memories of the day when everything changed.

OUR NATIONAL MUSEUM OF THE UNFORESEEN TRAGEDY is an immersive theater piece that memorializes and explains “The American Spring,” a series of national uprisings and protests that were figuratively—and literally—ignited by a separatist suicide bomber who blew himself up on the National Mall one beautiful April afternoon -- on Good Friday. Part performance piece, part exhibit, MUSEUM asks us to consider the politics of memory and national identity. 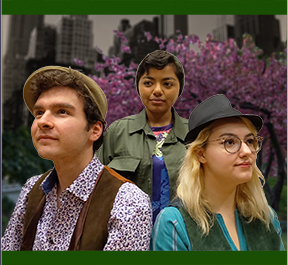 "Love takes off the masks that we fear we cannot live without and know we cannot live within. I use the word ‘love’ here not merely in the personal sense but as a state of being, or a state of grace — not in the infantile American sense of being made happy but in the tough and universal sense of quest and daring and growth."
― James Baldwin, The Fire Next Time 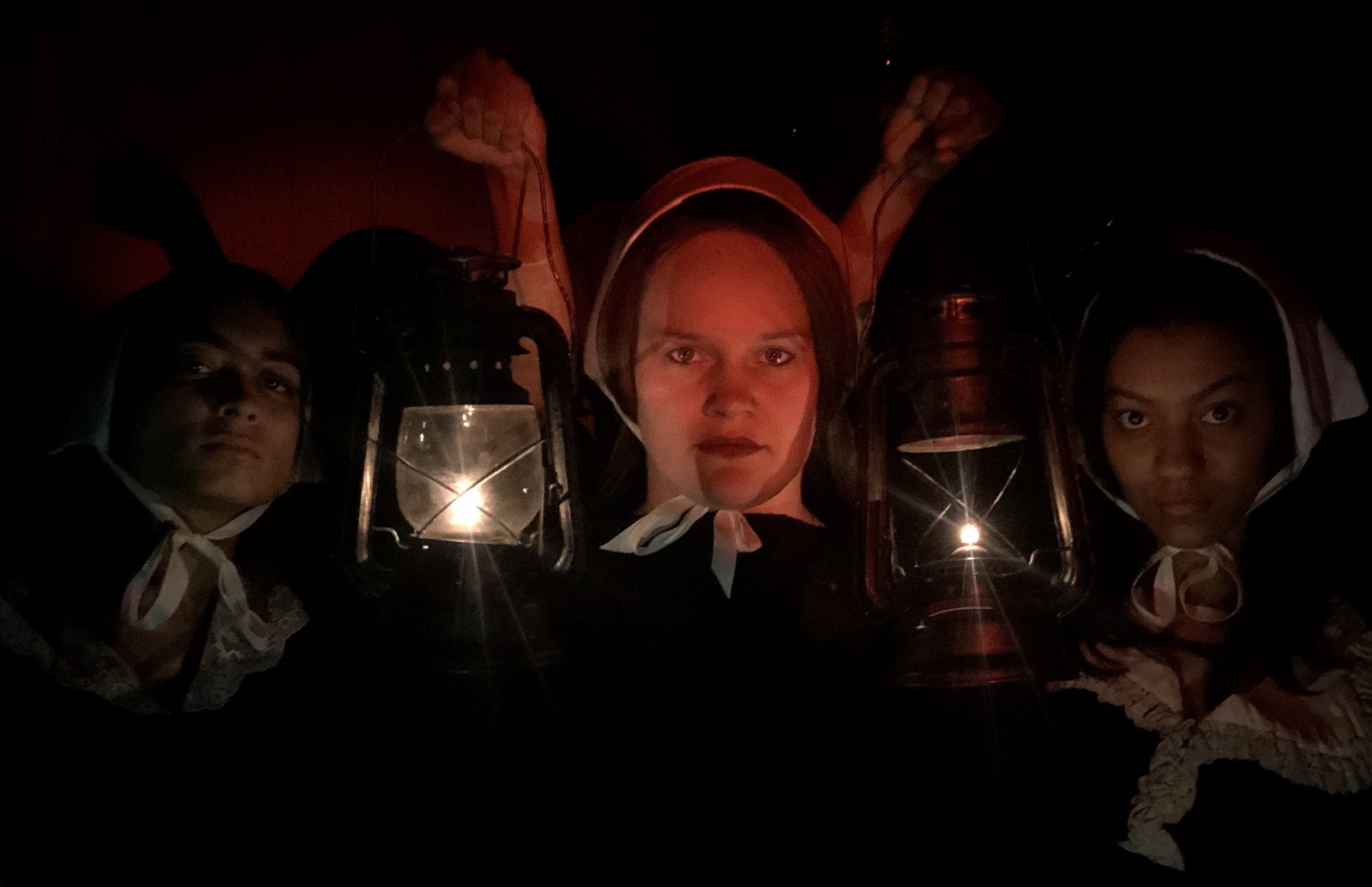 "Written in the early 1950s, Arthur Miller’s play The Crucible takes place in Salem, Massachusetts during the 1692 Salem Witch Trials. This was a time when paranoia, hysteria, and deceit gripped the Puritan towns of New England. Miller captured the events in a gripping story that is now considered a modern classic in the theater." ~ thoughtco.comnew window 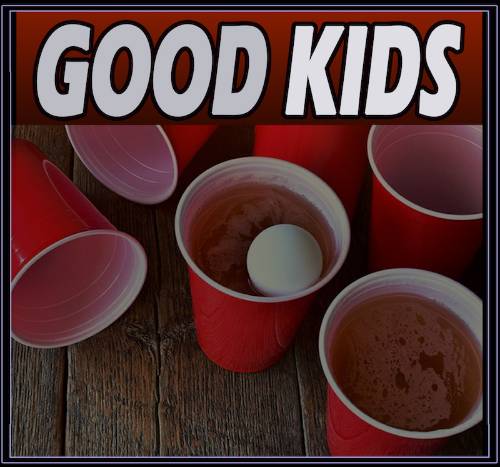 "Something happened to Chloe after that party last Saturday night. Something she says she can't remember. Something everybody is talking about. Set at a Midwestern high school, in a world of Facebook and Twitter, smartphones and YouTube, Good Kids explores a casual sexual encounter gone wrong and its very public aftermath. Who's telling the truth? Whose version of the story do you believe? And what does that say about you?" ~ Playscripts.comnew window 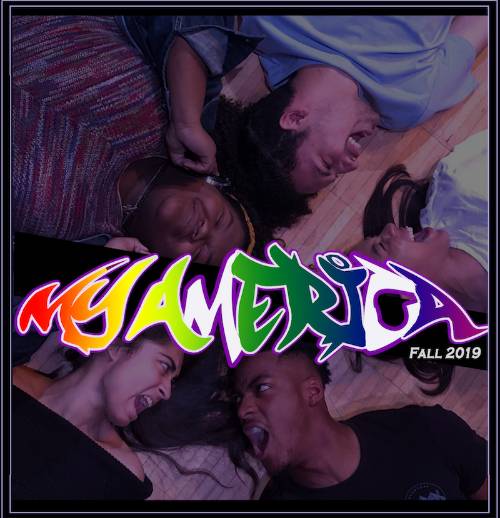 Pieces written and performed by MC students showcasing their hopes for the future.