The Global Humanities Institute works to have a major impact on the teaching and learning of the humanities at Montgomery College.

In addition to our work with faculty fellows, campus events and support of faculty scholarship, we also aim to create new courses, to modify existing courses, and to create learning communities that adopt a global perspective.

We strongly believe that adopting a broadly humanistic and global perspective on the issues that confront our world today is an important means of preparing students and faculty for a complex and intricate future, with issues, concerns and opportunities that are unprecedented. We know that in order to address the needs of our societies and communities in the future, we will need a deep understanding of our global interconnectedness. The interdisciplinary work of the global humanities makes possible this deeper understanding, putting a premium on people’s lives and the ways that mutual appreciation of cultural differences and similarities shape our realities. 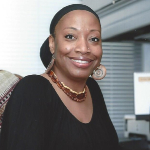 Global Humanities Institute director Cinder Barnes teaches credit level English at the Takoma Park/Silver Spring Campus. She earned degrees in English at the University of South Carolina and Northern Illinois University. Prior to becoming director of the Global Humanities Institute (GHI), Professor Barnes served as college level English Coordinator at the Takoma Park Silver Spring campus and as an Honors Faculty Fellow, and is currently a faculty member in the Renaissance Honors Program.

In addition, Professor Barnes is an active participant in various other MC initiatives, work groups, and committees. She has served as co-chair of the General Education Standing Committee and has been a member of the College Area Review Committee, and the General Studies Humanities Arts Communication and Literature Core Committee.

As director of the Global Humanities Institute, Professor Barnes also serves as one of Montgomery College’s Fulbright liaisons and helps sustain and cultivate partnerships with various government agencies, organizations and other institutions of higher learning including various community colleges in the region, the Department of State, the Department of Education, Council of American Oversees Research Centers, Howard University, and various universities in several countries including El Salvador, India, and China.

Professor Barnes has been awarded a National Institute of Staff and Organizational Development (NISOD) Excellence Award, MC’s Outstanding Faculty Service Award, and a Montgomery College Innovation Grant. Her commitment to foster in herself and her students an understanding of our place in a global context is demonstrated in the work that she has done thus far. Leading the Institute allows her to share her enthusiasm and knowledge with the larger college community. 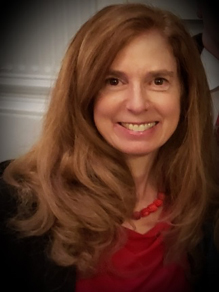 Professor Carol Moore is one of the founding members of the Global Humanities Institute, and was instrumental in creating the faculty fellowship training curriculum. She has as served as an Instructional Designer with Montgomery College’s ELITE and more currently has taught various courses, including the GHI’s own “Introduction to Global Humanities.” She also serves as a lead organizer for the GHI’s annual STEAM event that facilitates collaborations among STEM and Arts/Humanities faculty. Her background includes living and working in Bolivia and Argentina as well as serving as the Director of Casa Baltimore/Limay -- Baltimore’s sister city program with Nicaragua. For eight years Carol worked for Motorola University, first as an instructional designer and then as the program manager of all of the corporate cross-cultural training programs. In addition, she taught women’s studies at a community college in Arizona. Carol has a Master’s degree in Education (Instructional Systems Design) from Arizona State University, and a Master’s and Doctorate in Theology from Wesley Theological Seminary in Washington, D.C.

The creation of the Global Humanities Institute’s core programs was accomplished between the years of 2012—2014 by the following original members of the GHI Workgroup:

June 12-25, 2022Concepts of Black Diaspora in the United States: Identity and Connections among African,  Afro-Caribbean, and African American Communities

The National Endowment for the Humanities

The National Endowment for the Humanities (NEH) is an independent federal agency created in 1965. It is one of the largest funders of humanities programs in the United States. (Read "What We Do" from NEH (PDF,

Because democracy demands wisdom, NEH serves and strengthens our republic by promoting excellence in the humanities and conveying the lessons of history to all Americans. The Endowment accomplishes this mission by awarding grants for top-rated proposals examined by panels of independent, external reviewers.

"The term 'humanities' includes, but is not limited to, the study and interpretation of the following: language, both modern and classical; linguistics; literature; history; jurisprudence; philosophy; archaeology; comparative religion; ethics; the history, criticism and theory of the arts; those aspects of social sciences which have humanistic content and employ humanistic methods; and the study and application of the humanities to the human environment with particular attention to reflecting our diverse heritage, traditions, and history and to the relevance of the humanities to the current conditions of national life."

—National Foundation on the Arts and the Humanities Act, 1965, as amended.

An excerpt  describing the National Endowment for the Humanities’ Bridging Cultures initiative, which funds the Global Humanities Institute at Montgomery College:

“During a time of rapid global change, the vitality of our twenty-first century democracy depends on a commitment to understanding the historical and cultural forces that have shaped and continue to shape our world.  To that end, NEH has developed a special initiative, Bridging Cultures, which engages the power of the humanities to promote understanding and mutual respect for people with diverse histories, cultures, and perspectives within the United States and abroad.

The Bridging Cultures initiative encompasses a broad array of themes and programming informed by the best in humanities research and scholarly insight.  Chairman Leach has noted, “The sharing of language, philosophy, literature, and art – the history of peoples – is the most profound bridge between societies and across cultures.”

Further information about the NEH is available on the National Endowment for the Humanities Websitenew window.

What People are Saying
“At their best, great works of literature, theater, dance, fine art, and music reflect something common in all of us. They open dialogues between cultures and raise poignant questions about our world, not only teaching our youth to observe closely, interpret creatively, and think critically, but also bringing new cultural experiences to our communities and helping drive economic progress.”
President Obama
©