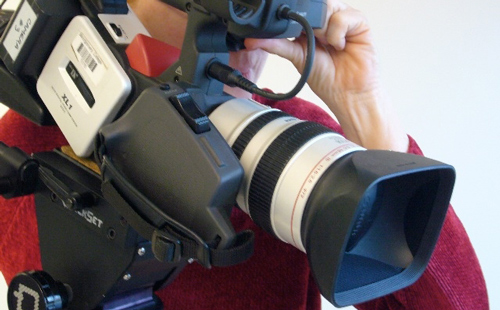 The Takoma Park/Silver Spring Campus offers Montgomery College's only array of film classes including film writing, movie production, and editing. The film courses focus on fictional narrative filmmaking. All hands on courses utilize digital movie making cameras and editing equipment. A film certificate will be available soon, but currently Montgomery College does not offer a degree or certificate in film.  You might be interested in the Film Option under our Humanities, Arts, Communication and Languages Core of the General Studies Degree.

All students should review the advising guide and consult an advisor. Most courses have either assessment levels that must be met or prerequisites (courses that must be taken first). Part-time students and those who need to meet assessment levels or take prerequisite courses will take longer to complete a degree. An advisor will help make sure you are taking your courses in the right order.

All degree-seeking students must take a central group of General Education courses in English, mathematics, arts, behavioral and social sciences, humanities, and science. These courses are included in the suggested course sequence below.

MC offers a wide variety of noncredit classes designed to help you upgrade your skills, pursue career training, or learn something new.

MC American Film Institute Partnership
Performing Arts hosts professional training workshops on the East Coast for the American Film Institute. In winter, spring, and summer, a series of workshops are held at the college in various areas of film production. Working professionals conduct a series of five to seven workshops each year. In addition to these workshops, a six-film screening series is held each semester at AFI Silver Theatre in conjunction with film classes taught by the department.
Skip section
Contact Us
Visit Visual and Performing Arts Instructional area
Resources
Academic Learning Centers and Tutoring
Find a Program Advisor
Search the Class Schedule
Declare/Change Your Major
Honors Programs
End of section
©