Spotlight on Our Board 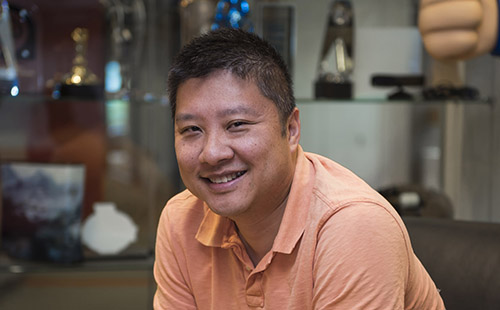 Ashley Cheng has a long history with Montgomery College. From a young age, his grandparents instilled in him an appreciation for education and an understanding that he would attend college. Ashley also understood that he would be paying for college himself. While still in high school, he followed his grandparents’ advice and began taking college classes at MC, where he would receive his associate’s degree. Mr. Cheng then transferred to the University of Maryland to study English Literature and to complete this bachelor’s degree. In 2017, he joined the Foundation’s Board of Directors, where he serves as chair of the Strategic Planning Committee.

To honor the lasting impact his grandmother had on his life and to ensure DREAMers have access to scholarships, Mr. Cheng established the Ellen Lin Cheng Endowed Scholarship in honor of his grandmother. He and his wife, Megen, are the parents of two children, John and Emma.

Find Out More About These MC Foundation Board Members: