OUR MISSION: To provide a flexible degree path that promotes structured, intentionally sequenced decision-making and encourages self-exploration and discovery.

OUR VISION: Moving through this degree, students will: (a) refine their focus and interests; (b) develop confidence in their learning and decision making; (c) become life-long self-directed learners; (d) build a solid foundation of practical and intellectual skills necessary for academic and career success; (e) cultivate skills in the following areas: effective communication, creative problem solving, critical analysis and evaluation skills, and the ability to make connections in order to apply and transfer skills and knowledge. 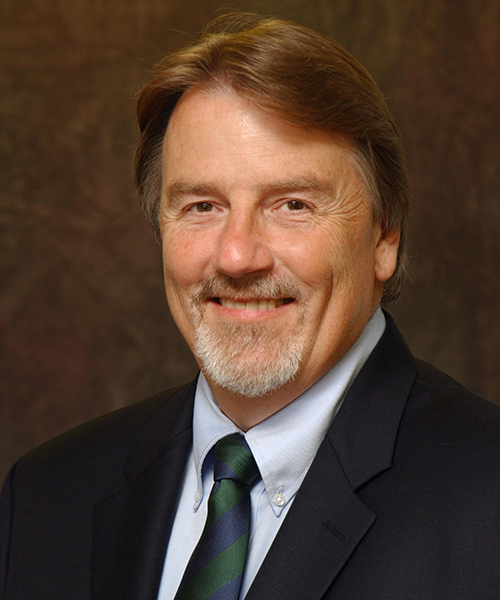 Dr. Brad J. Stewart has served as Vice President and Provost of the Takoma Park/Silver Spring Campus of Montgomery College since May of 2005.  He oversees all campus operations and serves as the chief academic officer for the Communications, Heath Sciences,  Health & Physical Education and Humanities units.  Campus enrollment has grown substantially during the past few years to over 7,000 students a semester.  Much of the increase has occurred in the campus’s signature programs in the health sciences where enrollment in the nursing program has nearly doubled.  Dr. Stewart has been heavily involved in the planning and construction of several new campus facilities including a student services center, a visual arts building, and a cultural arts center.

From 1999 until 2005, he served as Campus Executive Officer and Dean at the University of Wisconsin at Waukesha, a two-year institution within the University of Wisconsin system.  Under his leadership, several capital projects were completed, including extensive renovations of the humanities and physical education buildings and the construction of a biology and field station facility.  He partnered with faculty and staff to develop a vibrant academic program, including first year experience programming, undergraduate research, service learning, and learning community initiatives.

Prior to that, Dr. Stewart served as Associate Dean for Academic Advising and Special Programs at the University of St. Thomas (MN) and was a faculty member in the Sociology and Criminal Justice Department.  At St. Thomas, he helped to initiate first year student learning communities, a service learning program, and several retention and student support initiatives.  Dr. Stewart also served as a professor at the University of North Dakota and at Miami University in Middletown, Ohio.

In 1997, he was selected as an American Council on Education Fellow where he received training in planning, budgeting, enrollment management, human resources, media relations, and campus climate issues. He is also an alumnus of Harvard’s Management Development Program and the City of Waukesha’s Citizen Police Academy.  He has published in the areas of juvenile crime prevention, effective pedagogy, and racial and ethnic stereotypes.

Dr. Stewart earned his bachelors of arts in Sociology and English from William Penn College (1978) in Iowa and a master’s degree (1981) and doctorate (1987) from Iowa State University specializing in crime/delinquency and race and ethnic relations. 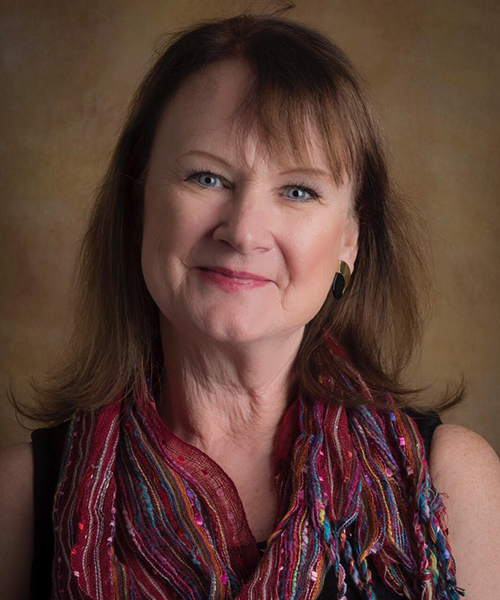 Sharon Ahern Fechter, Ph.D., is Professor of Spanish and was the former chair of the department of World Languages and Philosophy at Montgomery College. She is currently the Dean of Humanities. She earned her Ph.D. from New York University and her M.A. and B.A. from The Catholic University of America. Dr. Fechter was awarded the 2009 Outstanding Teacher of the Year for Two-Year Colleges by the American Association of Teachers of Spanish and Portuguese (AATSP).

She has served as president and executive council member of the American Association of Teachers of Spanish and Portuguese, on the working group for America’s Languages, and is an active member of several professional organizations.

She previously served as Director of Inter-Institutional Collaboration for Project 2001 at Middlebury College, a project funded by the Andrew W. Mellon foundation to foster the innovative use of instructional technologies in foreign language education. She has presented and published on numerous topics dealing with foreign language pedagogy, literature, distance education, and international education. She is co-author of the textbook for advanced beginners, Paso adelante, co-author of the laboratory manual for ¡En directo! and author of the online task-based activities for ¡Arriba!.

Professor Gentile holds an M.A. in Romance Languages & Literature (Italian and Spanish) from the Johns Hopkins University and a B.A. with a double major in Romance Languages & Literature as well as a Citation in Renaissance Studies from the University of Maryland at College Park. She has taught Italian and Spanish at Montgomery College since spring 2007. In addition to teaching, Prof. Gentile is also a freelance translator and interpreter and has worked for National Geographic Television and Film, the Library of Congress, and the United States Postal Service among other translation companies.
HACL Core
Profile photo

Professor Gentile holds an M.A. in Romance Languages & Literature (Italian and Spanish) from the Johns Hopkins University and a B.A. with a double major in Romance Languages & Literature as well as a Citation in Renaissance Studies from the University of Maryland at College Park. She has taught Italian and Spanish at Montgomery College since spring 2007. In addition to teaching, Prof. Gentile is also a freelance translator and interpreter and has worked for National Geographic Television and Film, the Library of Congress, and the United States Postal Service among other translation companies.
Profile photo 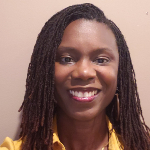 Beyond the classroom, Professor Atkins enjoys reading books or plays, seeing plays, watching movies, traveling the world, and hosting family and friends’ gatherings. For the last few years, she has served as a volunteer usher at Arena Stage in Washington, DC. In the summer, she also teaches writing in the sciences and professional writing for academic enrichment programs. 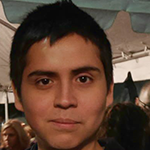 Prof. Hurtado holds an M.A. in Spanish Language and Culture from the University of Central Florida as well as 18 graduate credits in Teaching English as a Second Language (TESL) from the same institution. Before joining Montgomery College, he taught part-time at Seminole State College and Valencia College in the metro Orlando area. 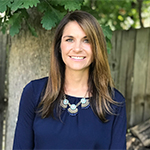 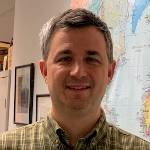 Dr. Santore received his Doctorate in Sociology and Master's degree in Women's Studies at SUNY- Albany, in New York.  Dr. Santore has spent the past six years teaching Sociology, and has been at the Rockville Campus of Montgomery College since 2009.  His teaching and research interests include sociological theory, gender, and families, and he has published several articles and essays on these topics.  In addition to his regular classroom duties, Dr. Santore has worked with students as a personal and group tutor for introductory Sociology courses.  Having just moved to Montgomery County, Dr. Santore has felt warmly welcomed by his students and colleagues at MC and enjoys being teased by students and faculty alike for his New York sports affiliations. 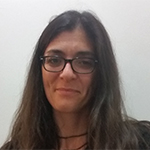 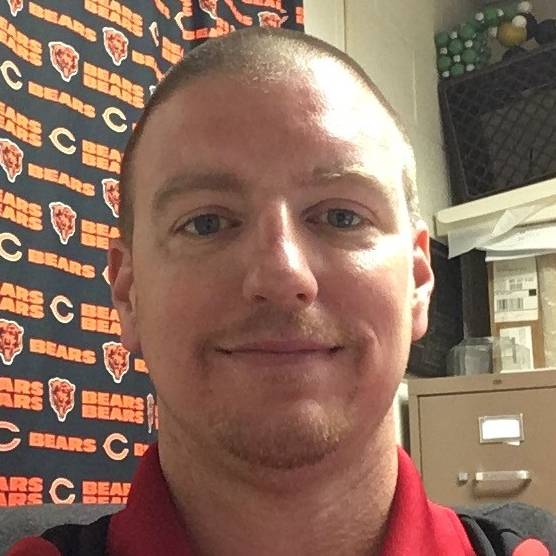 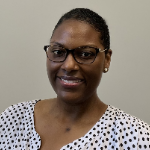 Tonda N. Shine began her career at Montgomery College during the Fall of 2019. Prior to her position at MC, she served as a Counselor at Northern Virginia Community College, and Retention Specialist at Prince George's Community College. Professor Shine has experience in counseling, academic advising, and academic success interventions. She earned a Bachelor of Arts Degree in Psychology from Pennsylvania State University and a Master of Arts Degree in Counseling Psychology from Bowie State University. Professor Shine is also a Licensed Clinical Professional Counselor within Maryland. In her spare time, she enjoys travelling and spending time with family and friends. 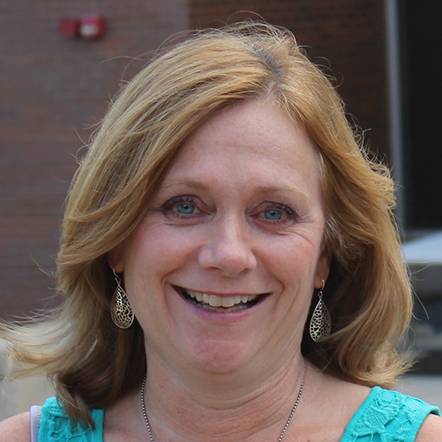