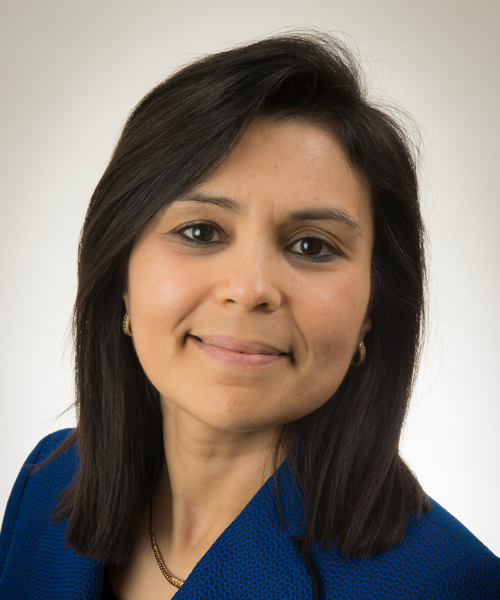 As part of the Montgomery College mission of empowering students to change their lives, we are committed to providing quality instruction that leads to understanding and competence suitable for the emerging global economy. Most of the undergraduate courses are transferable to top tier four-year institutions. Students in these courses have numerous academic enhancement opportunities through student clubs, internships, and undergraduate research.

Trilingual (French, English, Arabic) Dr. Benmouna has served as the chair of the Engineering, Physics, and Computer Science department on the Rockville Campus since 2014. Among other accomplishments as chair, Dr. Benmouna has spearheaded efforts to build a student pipeline to the quantum computing workforce. She partnered with Montgomery County Public Schools to generate quantum concepts in the middle school curriculum, and collaborated with the University of Maryland College Park (UMD) quantum leaders to create pathways to a four-year degree for MC students. She enabled the growth and transferability of the computer science program to UMD and provided support and resources in the development of the Early College engineering program. She pioneered program advising in the SET programs, including embedding advising in gateway courses, and instituted successful DFW-rate reductions in the gateway physics course. She previously taught physics courses as a professor in the Engineering, Physics and Geosciences department on the Rockville Campus, and as associate professor in the Physical Sciences department on the Takoma Park/Silver Spring Campus.

Dr. Benmouna has been the principal investigator or co-principal investigator on a number of significant grants, including the National Science Foundation S-STEM Achieving Community College Excellence, Success, and Scholarship grant. She serves as a member of the Introductory Physics for Life Sciences Advisory Board at UMD, as an initiative co-lead for the Achieving the Dream Comprehensive Advising Group, and as a collaborator on the Muon Scattering Experiment (MUSE) through the Paul Scherrer Institute for Nuclear Physics. Since 2014, she has served as an experimental physicist and student advisor at the Paul Scherrer Institute in Switzerland, building a prototype data acquisition system for the international MUSE experiment. Based on this work, she has been published in Physical Review as recently as this year.

Dr. Benmouna earned her bachelor’s and master’s degrees in physics as well as her doctorate in physics from American University. Before coming to Montgomery College, she was a doctoral research assistant at the Stanford Linear Accelerator Center, and a postdoctoral research scientist and visiting professor at George Washington University.

Our academic programs in the Science, Engineering, and Technology disciplines have grant support exceeding $2 million, including:

Engineering and Computer Science Advisory Board